Sass de Stria, the mountain we see in the photo is located near the Falzarego Pass, province of Belluno and is part of the Dolomites (UNESCO World Heritage Site). The Falzarego pass offers various photographic opportunities as there are many famous spots in the area. I started the hike to this spot. The weather got bad and worse. Once at the Three Peaks, the Mountains were hidden in clouds. Not the best weather for a Milky Way photo, but it was perfect for an atmospheric photo.

I had already given up hope of a picture with stars and thought about going back to the car. But somehow, I thought to myself, I should just wait, maybe the weather will get better. I pitched my tent and went to sleep, hoping that when the Milky Way is in the right place the weather will be fine. It was like that. Perfect conditions for this photo. 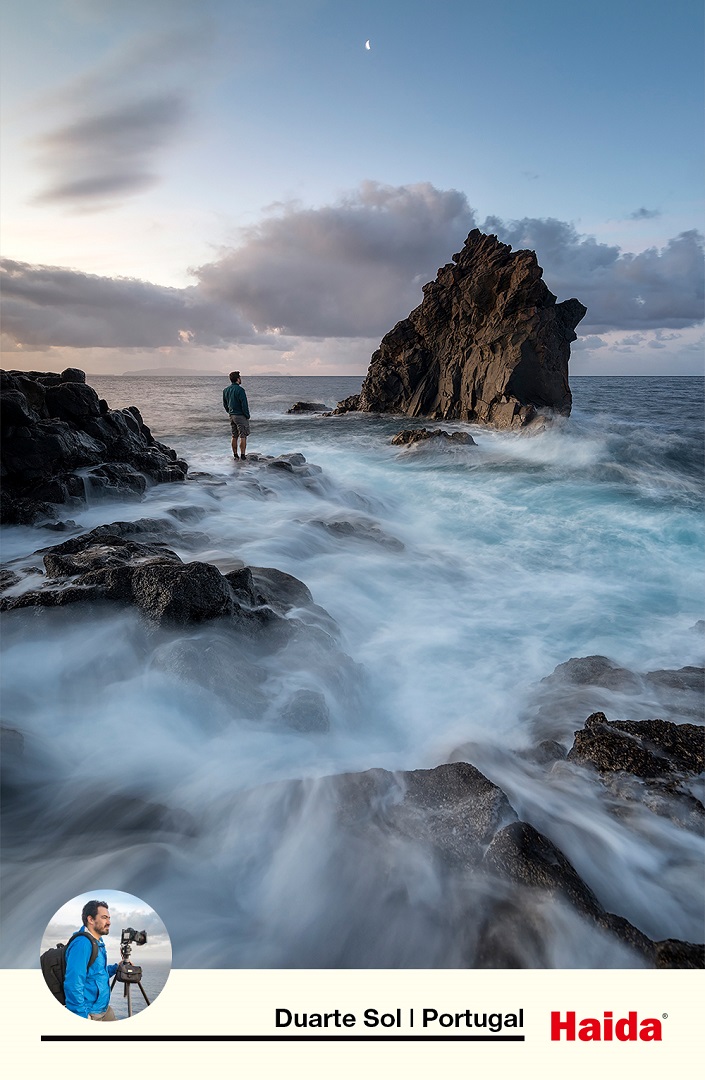 “Knowledge that leads to restlessness (unsteadiness) is tremendous bondage.”

As many of you know, I am a true seascape lover. This spot, although small, is very interesting, allowing a set of different compositions without becoming too dependent on the sky conditions. In this shot, I tried to compensate for the negative space with the human presence that observed and referred to the islet in front. To balance the light coming from my left I used a 3-stop Haida Red Diamond Medium slightly tilted to the left which allowed for a perfect balance of light throughout the scene. At the end of a rainy day in Izmir, the city where I live, I liked the color of the clouds very much. I didn't want to miss the color harmony in the sky. Waited for the rain to end and took this photo with my Haida Filter System. A nice breeze blows from the lake in the evening 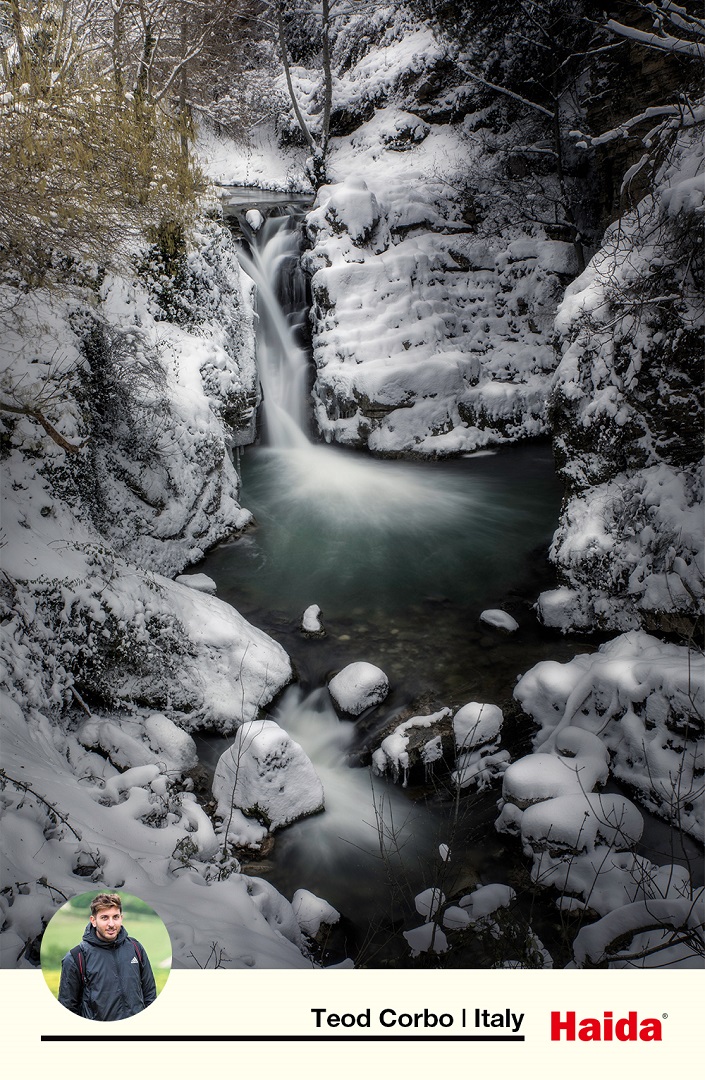 It had just snowed in one of the places I most wanted to photograph with snow.

So the next day, having noticed the stable weather, we prepared the equipment and left with the off-road vehicle.

Despite the icy road, the tires did their job and we managed to get there.

Before reaching the spot we hiked on the snow for at least 20 minutes, the snow was really deep and the cold was felt but when we got to the spot everything passed.

An incredible sight, the light came from the left so I immediately mounted the camera on my reflex

Haida M10 system with polarizer to soften the reflections on the snow and then I added an ND64 those 3 seconds of exposure returned by the filter were enough to obtain the velvety effect.

Can't wait to go back! See you next adventure!