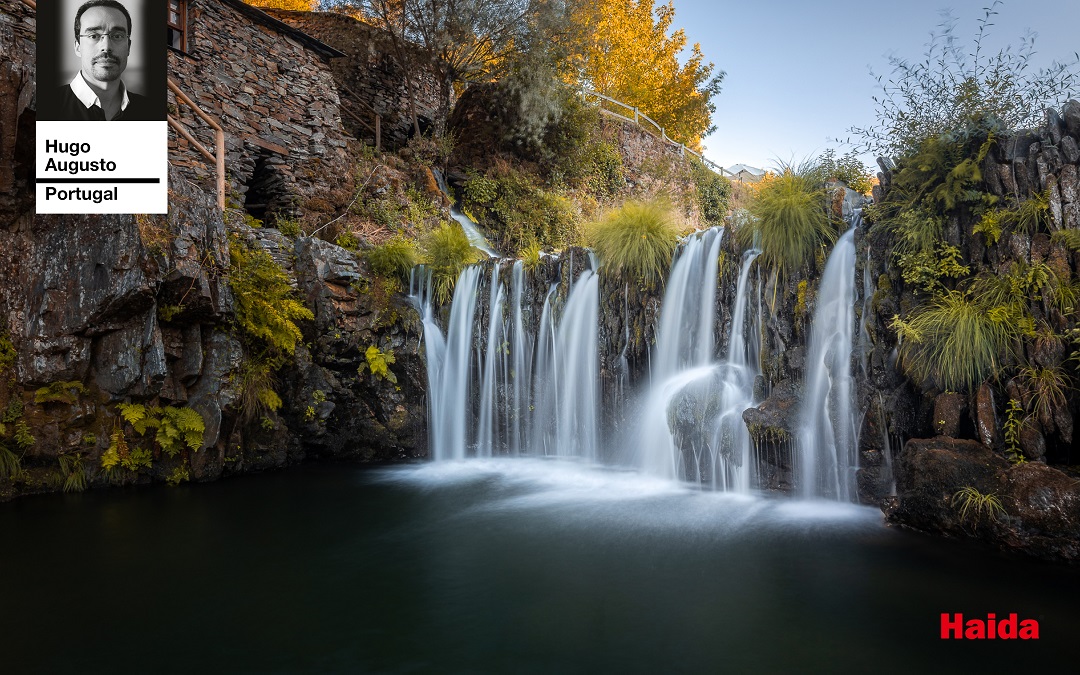 At the southwest end of the Serra da Estrela Natural Park, near the village of Vide, there is a special spot bathed by the Alvoco Stream. The Poco da Broca Waterfall stands out for its rare beauty and tranquility and to enjoy it in all its beauty, visit it in the rainy season, preferably in the spring. I’m not a big fan of waterfalls, but this place has gained space in my heart. 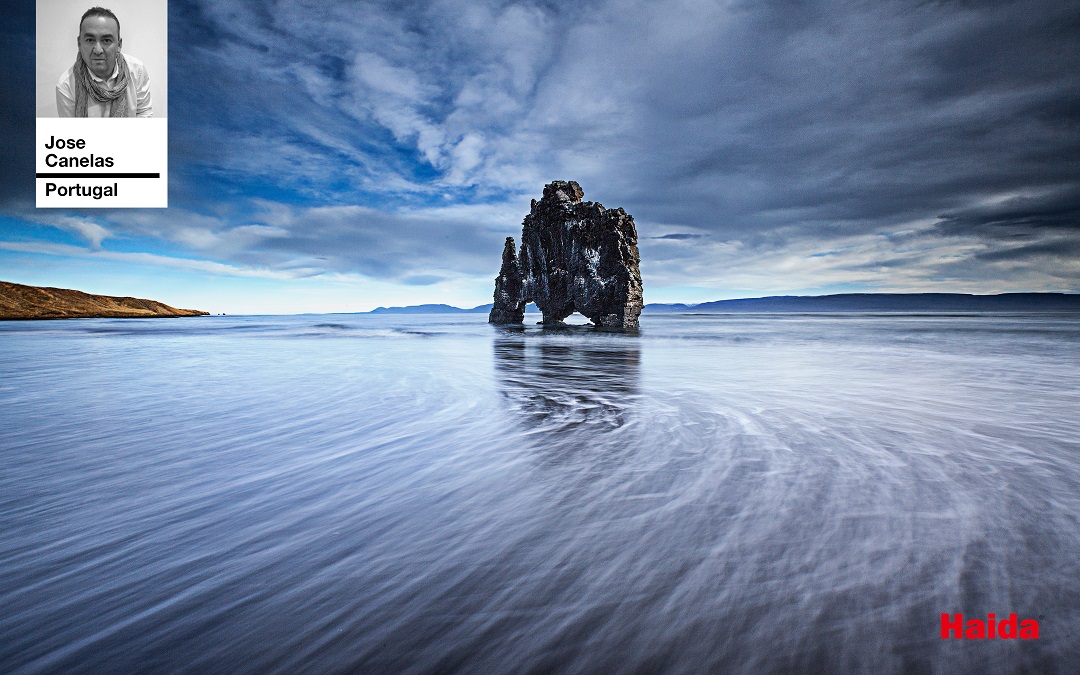 Iceland - Land of Fire And Ice

One of the most beautiful beaches in my country - Portugal, access is very difficult and dangerous, very inclined dirt paths, "unsupervised beach". Advisable to go always accompanied.
It was only on my second visit to this island that I was able to take this photo, after the great descent to the beach, the view is amazing, the rock is bigger than it looks, and with the low sea, it allowed me to make this short exhibition. Where the wave and its lines point to the central point, "O Manute".
When I was taking the photo, something strange was happening ... One of my boots let water in. The water temperature, believe me, is incredibly cold. And if the descent had been slow, the climb to the car ... it was the fastest I did. but thanks for the photography and the experience. 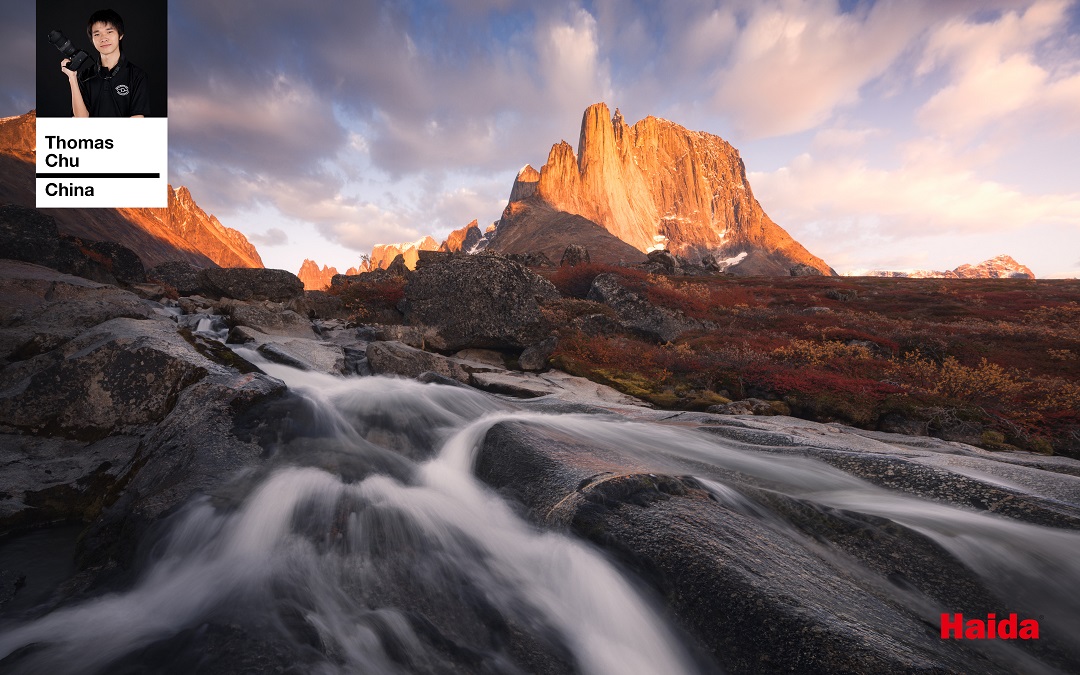 Greenland is famous for icebergs, northern light, and polar bears. However, there are many world-class fjords unknown to the public. I trekked 2 months in southern Greenland. This picture was taken with a Haida ND8 filter to make the water smooth. A 2500-year-old bridge built by Phrygians or Lydians, the Clandras bridge and its waterfall with its magnificent view, the magnificent meeting of history and nature, you need to come here early in the morning for beautiful photographs. It does not end with telling the beauties of Taşyaran Valley. We went into the valley with my friends and took great photos from many different angles. the atmosphere here enchanted me. 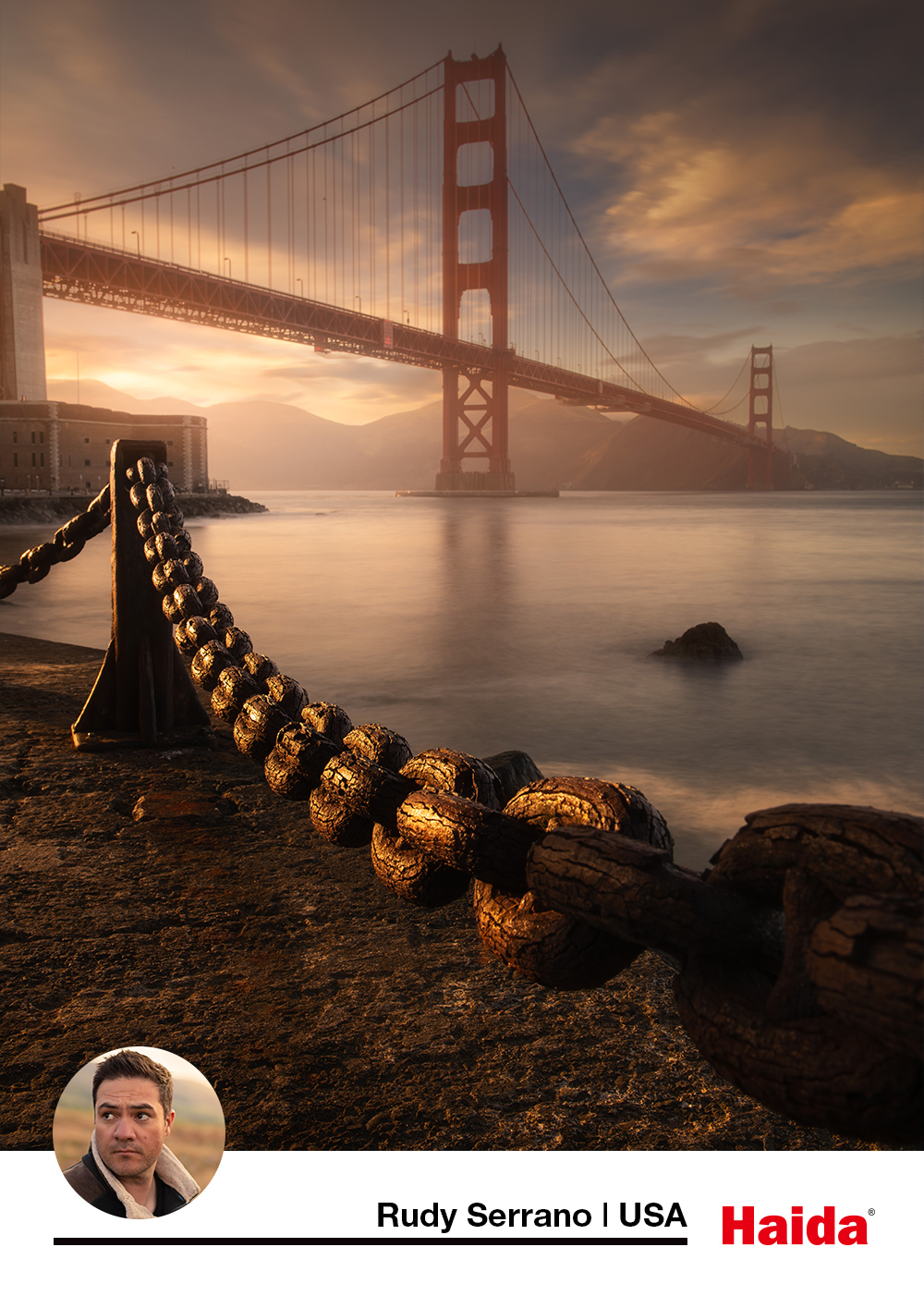 San Francisco is definitely one of the most beautiful cities in the world. Being a California Resident, I have the fortune of being able to visit this amazing city often.
The undisputed Gem of the city is the Golden Gate Bridge. This Landmark is a stunning architectural marvel. The bridge has many faces that anyone can appreciate from any of the countless viewpoints along the Bay, but for me, the view from Fort Point is the most photogenic.
Being able to see the Bridge stretch across the Bay from a water level standpoint is just priceless.
This photograph is living proof of the beauty and majesty of the Golden Gate Bridge. How to Win The Prizes：
Just subscribe Haida's newsletter
(You can subscribe directly here or at the bottom of https://haidaphoto.com/en/index.html ）

Rules：
We will choose 4 subscribers randomly from all subscribers (not only the subscribers in this month ) and email the Amazon Gift Card to the winners. Winners of the event will be announced on October 13th, 2020.

Terms & Conditions:
1. Haida reserve the right to interpret the giveaway event.
2. Winners shall Email us within 5 days upon the announcement.
3. Prizes will be sent via Email within 10 working days.