Haida has released two filters specially made for the Fujifilm X100 series. There is also a dedicated lens hood available. Do you own a Fujifilm X100 camera? Perhaps these filters are interesting for you.

The Fujifilm X100 series have become some sort of a legend. This digital rangefinder camera – if I may call it that – is already in its fifth incarnation, going from the original X100 to the X100S, X100T, X100F, and the X100V. There seem to be a growing request for filters that can be attached to its 23mm fixed focal lens.

I’ve bought my Fujifilm X100T back in 2016. It was meant as a small additional camera that would be easy to carry with me. It had to be able to produce great images. I loved the rangefinder camera look, with its optical viewfinder, which could be changed ito digital if needed. Together with its physical dials and aperture ring, it gave the feeling of shooting with an old-fashioned camera again.

The similarities to analog cameras with its physical dials is one of the reasons why the Fujifilm X100 series is such a success. I also bought the original lens hood to shield the lens from stray light, but never considered the use of filters, especially since the camera has a built-in three stop ND filter. On top of that, carrying a large filter pouch for the system is at odds with the purpose for which I initially bought the camera.

When Haida announced its free trial for the NanoPro X100 filters in October 2022, I contacted Haida and asked for an opportunity to review these filters. They kindly agreed and send me the two available filters, together with a black and silver lens hood and a Haida lens cap because installing the filters would make it impossible to place the original lens cap. 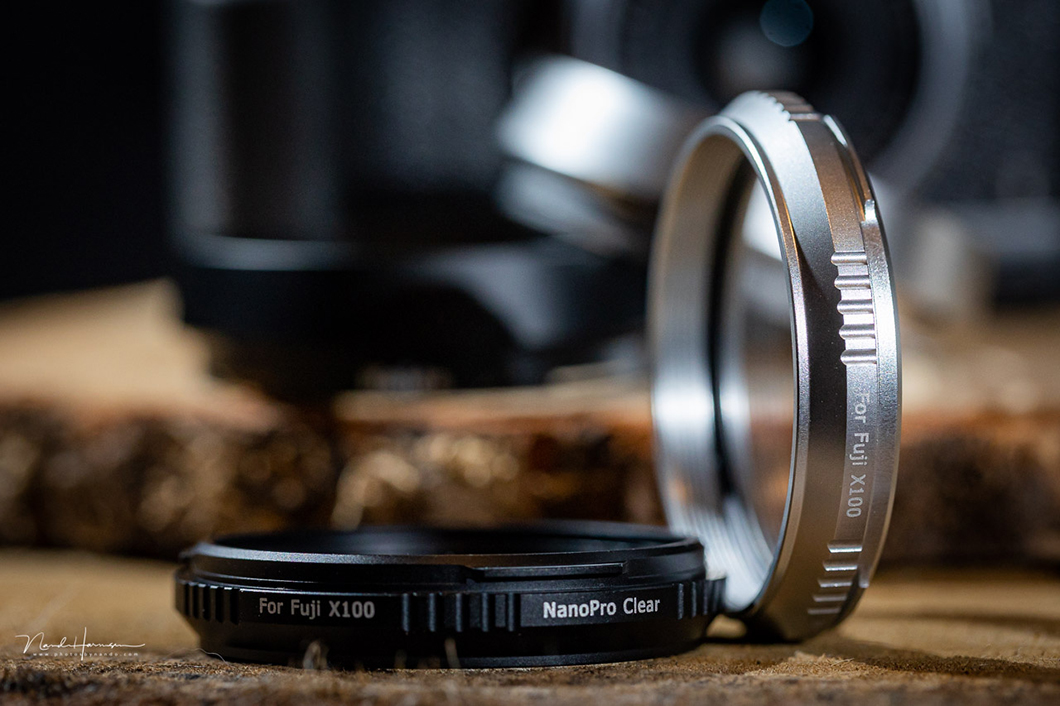 The Haida NanoPro X100 Clear Filter and the NanoPro X100 Mist Black 1/4 filter, one in the silver finish, the other one in black.

The Look and How They Fit

The filters and lens hood are made from aerospace aluminum. It’s lightweight and strong. The filter glass is made from the K9 Optical Glass. The coating of this glass makes the filters waterproof, oil-proof, and scratch-proof.

The weight of a filter is approximately 21 grams and the lens hood weighs about 12 grams. The filter does protrude a lot, increasing thickness of the lens by one centimeter. Add the lens hood, and the total length becomes 2.5 centimeters.

The increased length of the lens by the filter won’t produce any vignetting. To place the filter, the existing front ring of the lens has to be removed first. After that, you can screw the filter into place. Simple as that. It’s not possible to place more than one filter at a time. 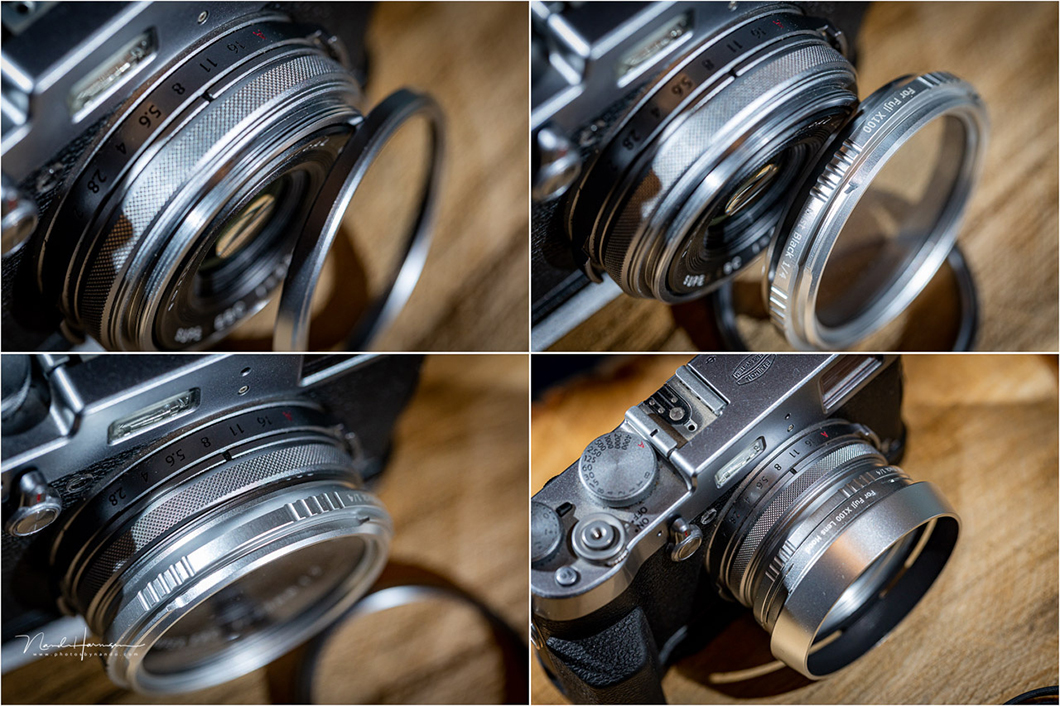 Installing filters is pretty straightforward. Only one filter at a time can be installed. The Haida lens hood is an exact copy of the original Fujifilm lens hood. The NanoPro X100 filters and lens hood are available in matching silver or black, similar to the available colors of the Fujifilm X100 series. The inside of the lens hoods and the filter have a non-glare finish, although the silver sample I received didn’t have the black matte finish. It might be a pre-production model. The filter with the silver finish didn't have a black matte inside. It's probably a pre-production model since all filters have the black matte to prevent reflections.

Previously, I reviewed the regular Haida Magnetic NanoPro Mist Black filter, and I loved the effect for portraits and landscapes under the right circumstances. It reduces highlights and lowers the contrast in the image. The filter also makes wrinkles and blemishes become less obvious when shooting portraits. It often results in an attractive soft-focus effect. The Mist Black 1/4 filter will make blemishes and wrinkles less prominent. It's perfect for portraits.

The NanoPro X100 Mist Black 1/4 filter has the same characteristics since it’s made from the same type of glass. It’s a great filter for those who use the Fujifilm X100 series for portraits. But it can also be of benefit in strongly backlit sceneries. It makes the contrast less harsh with a nice flare. For this, you might want to ignore the use of the lens hood, allowing stray light to come into play. For landscapes with a bright light source, the Mist Black 1/4 filter can reduce the contrast, making the image a bit more dreamy. The effect is subtle.

The other filter is a clear filter. Its purpose is protection, and it has no other effect on the image. It will also seal the front lens from weather. But it only has benefit for the owners of the latest Fujifilm X100V model. All previous models don’t have weather-sealing, so there seems to be not much use for the clear filter in that case, except protection against scratches, maybe. I don’t see myself using this filter. The Haida NanoPro X100 Clear filter might only be interesting for the users of a Fujifilm X100 V model.

The Haida X100 Mist Black 1/4 and Haida Clear Filter are the only ones available at this time. There will be more filters for the X100 system in the future, Haida assured me. The road map includes a circular polarization filter and at least one neutral density filter. If you’re using the Fujifilm X100 camera for landscapes, these two filters will be very interesting additions. 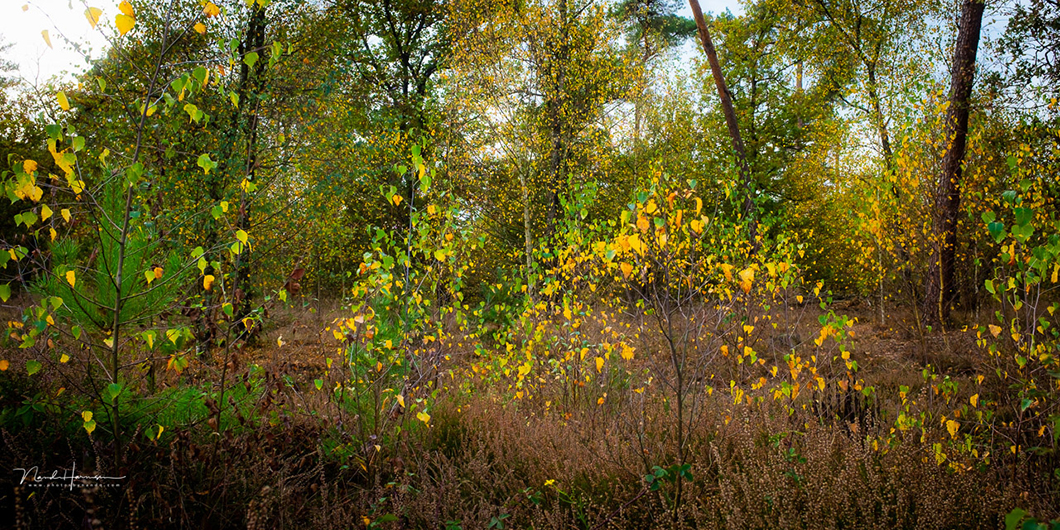 Although the Black Mist 1/4 filter is nice for landscapes, a polarization filter would be a great addition to the filter lineup.

Although I never considered using filters for the Fujifilm X100T, the possibility can make shooting with this camera even more fun. I’m glad it’s not a regular filter system, with an adapter ring and a filter holder. Although that would make it possible to use it with multiple filters, the bulk of carrying a complete filter system would make it a bit of a hassle. One or two small filter cases with a Haida X100 filter are easier to put into your pocket. 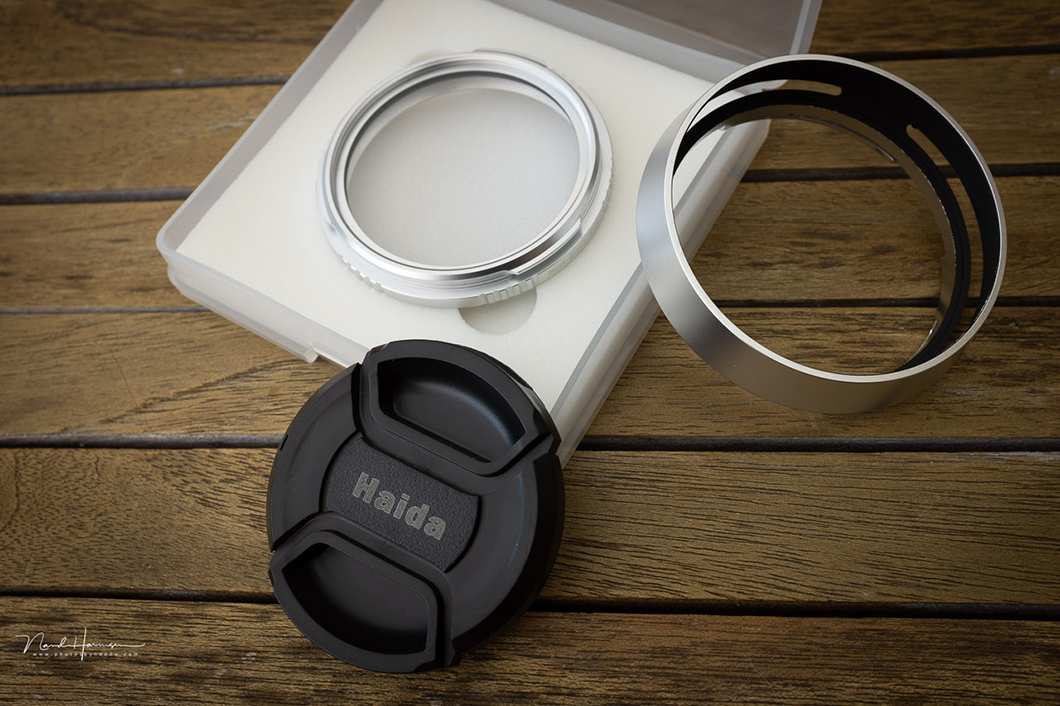 Taking one or two filters with you is easy. Just put the box in your pocket.

The X100 Mist Black 1/4 allow the photographer that uses a Fujifilm X100 series camera to expand the look of their photos in a subtle and nice way. I can recommend this particular filter. Straight from the camera, with the Haida X100 Mist Black 1/4 filter and the Provia film simulation. No additional post-processing was done.

The Clear Filter is possibly only of use for the owner of a Fujifilm X100V to complete its weather-sealing. If you have an older model X100 series, it’s a less interesting filter. But you may need it to use the Haida X100 lens hood.

The one filter that I was hoping for is not yet available. A polarization filter would be the most valuable addition for me personally. I want to thank Haida for providing me with the filters and the opportunity to try out these filters.

Haida Fujifilm X100 Filters are on sale now and please order from our authorized dealers in your country!