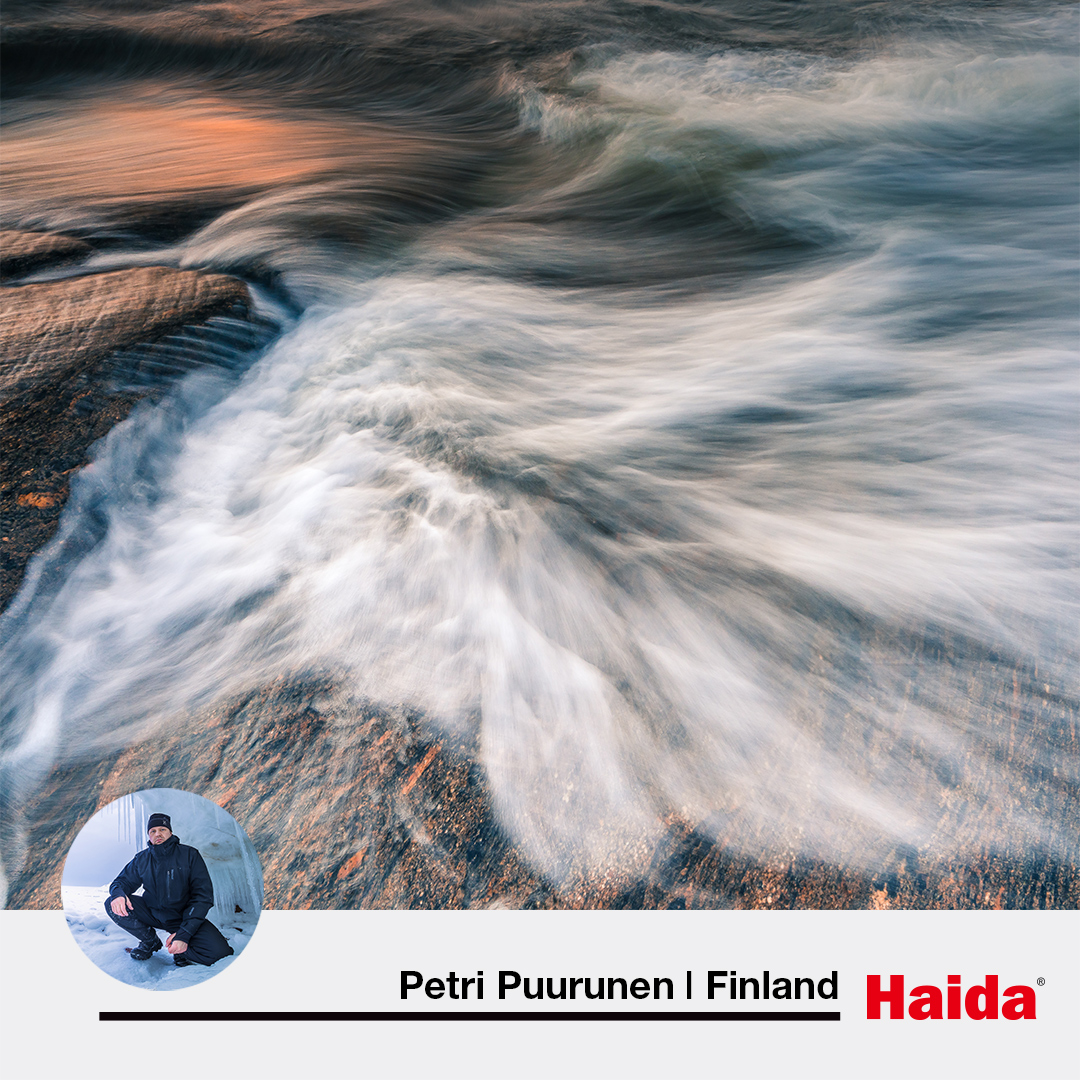 "While the warm tones of the setting sun painted the waves hitting the roundly moulded cliffs; those same waves washed photographer's sneakers and pants". 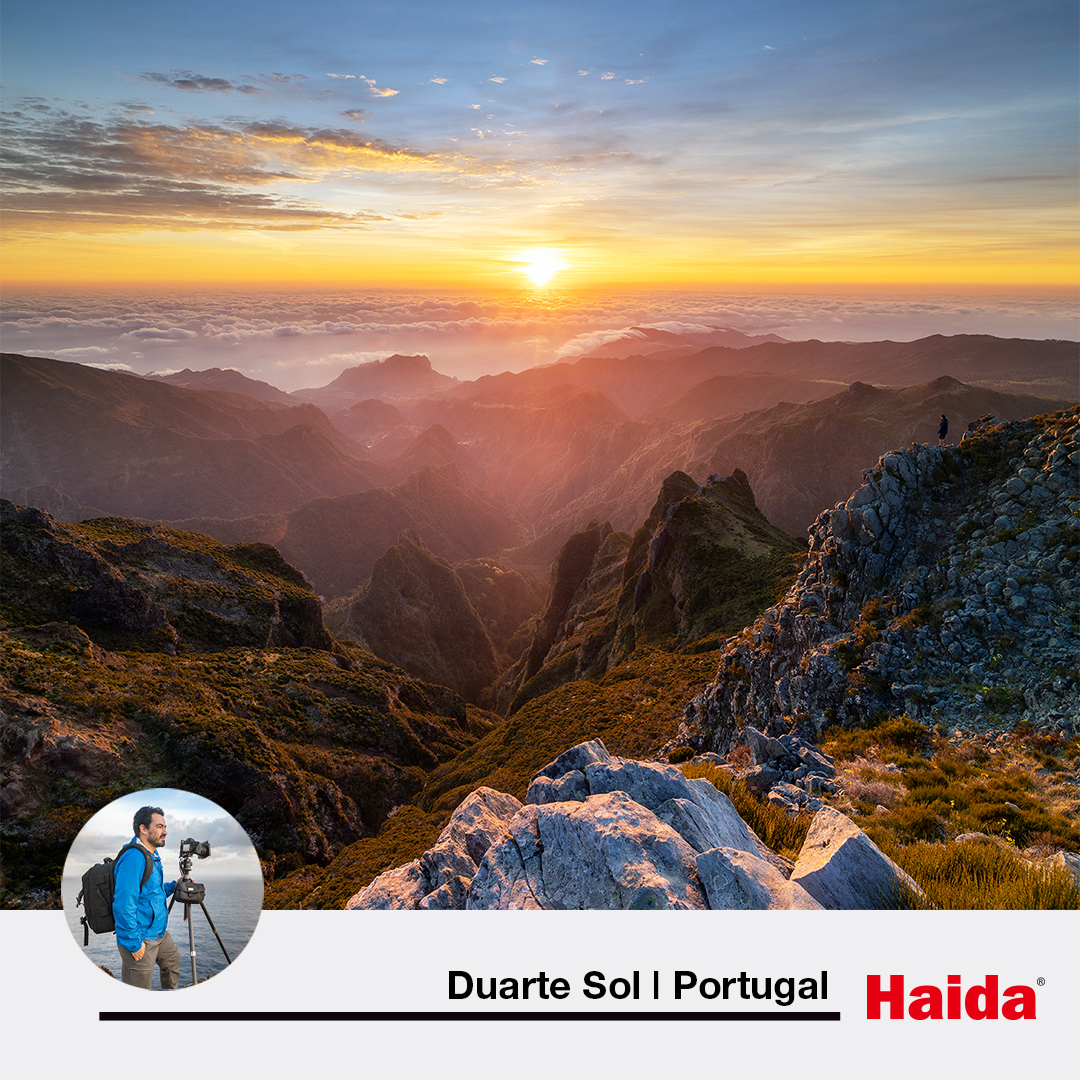 Beautiful in Its Own Way

"Everything has beauty, but not everyone sees it."
----Confucius. 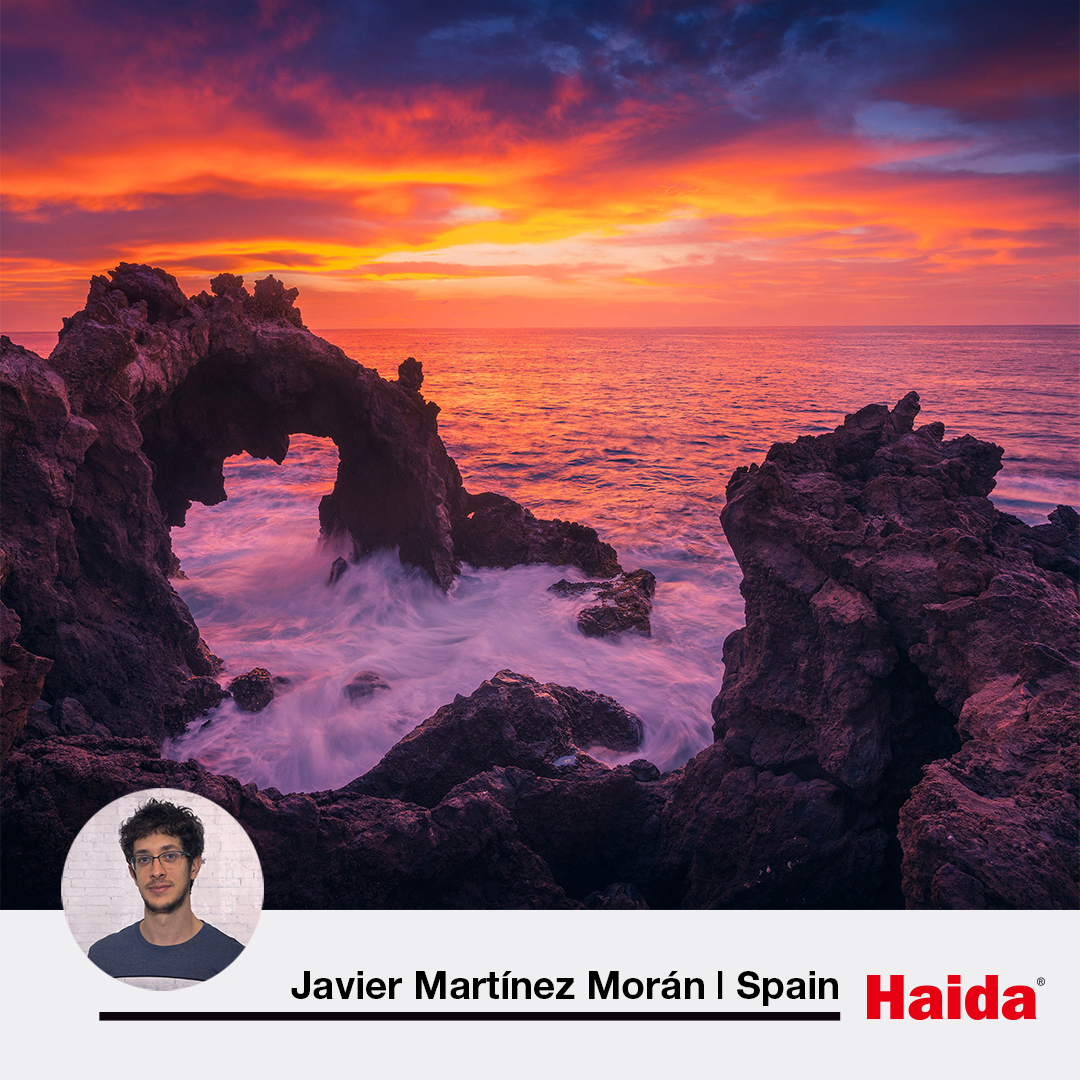 The rocky volcanic coast of  La Palma Island has a lot of beautiful and interesting rock formations. I woke up at 6 am and drove to the spot in order to shoot the sunrise. When I was setting my tripod, the clouds started to turn purple and red… a few moments later, the sky was on fire. I used a ND1.8 to reduce the shutter speed and smooth out the water and waves. 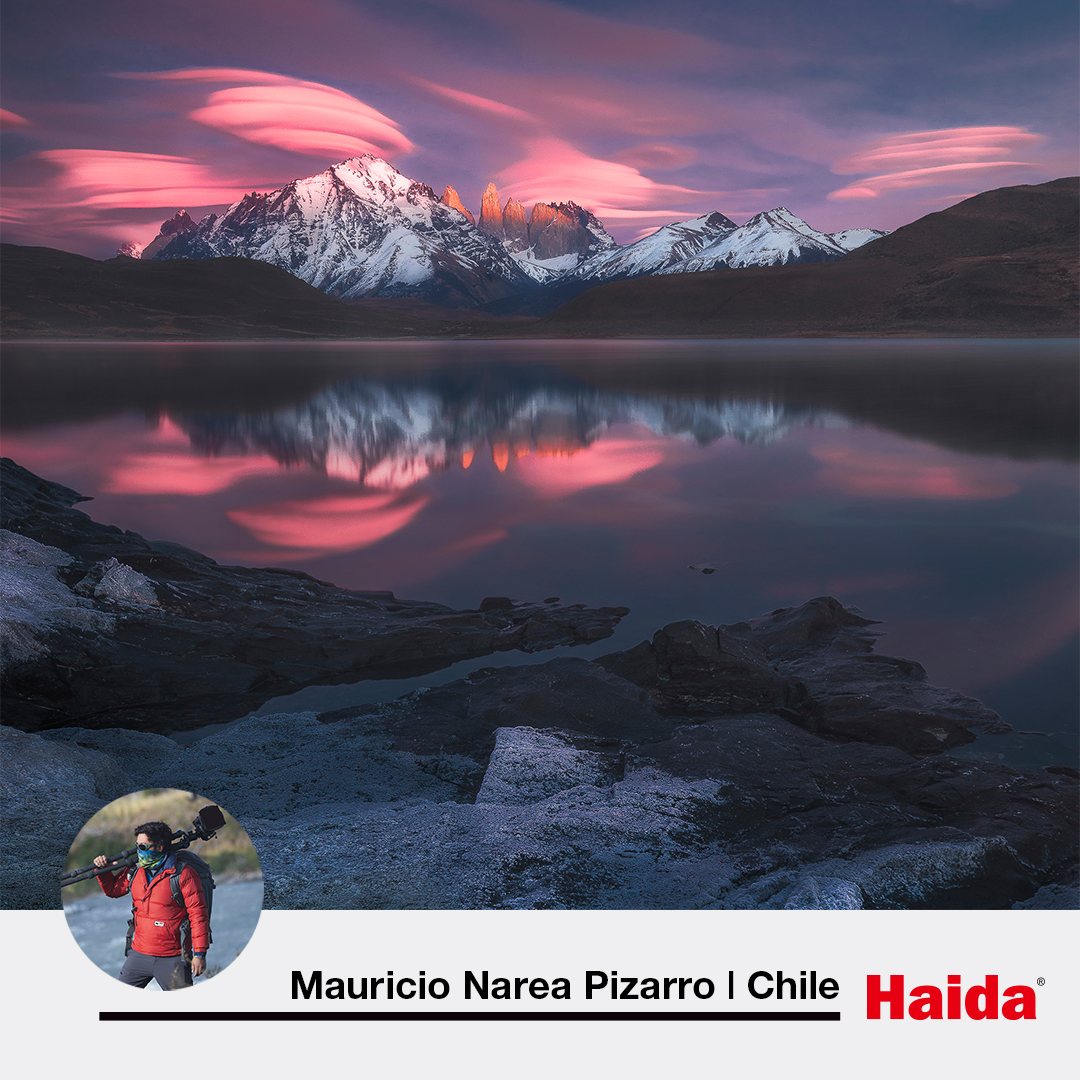 An incredible sunrise in Laguna Amarga, Torres del Paine National Park, Chile. Lenticular clouds settle on the Paine massif and in particular on the towers. In the foreground is the salt on the shore of the lagoon.

To contrast the blue of the sky with the pink of the clouds, I used a CPL filter and to give the clouds a bit more dynamism I used an ND 1.8 filter. 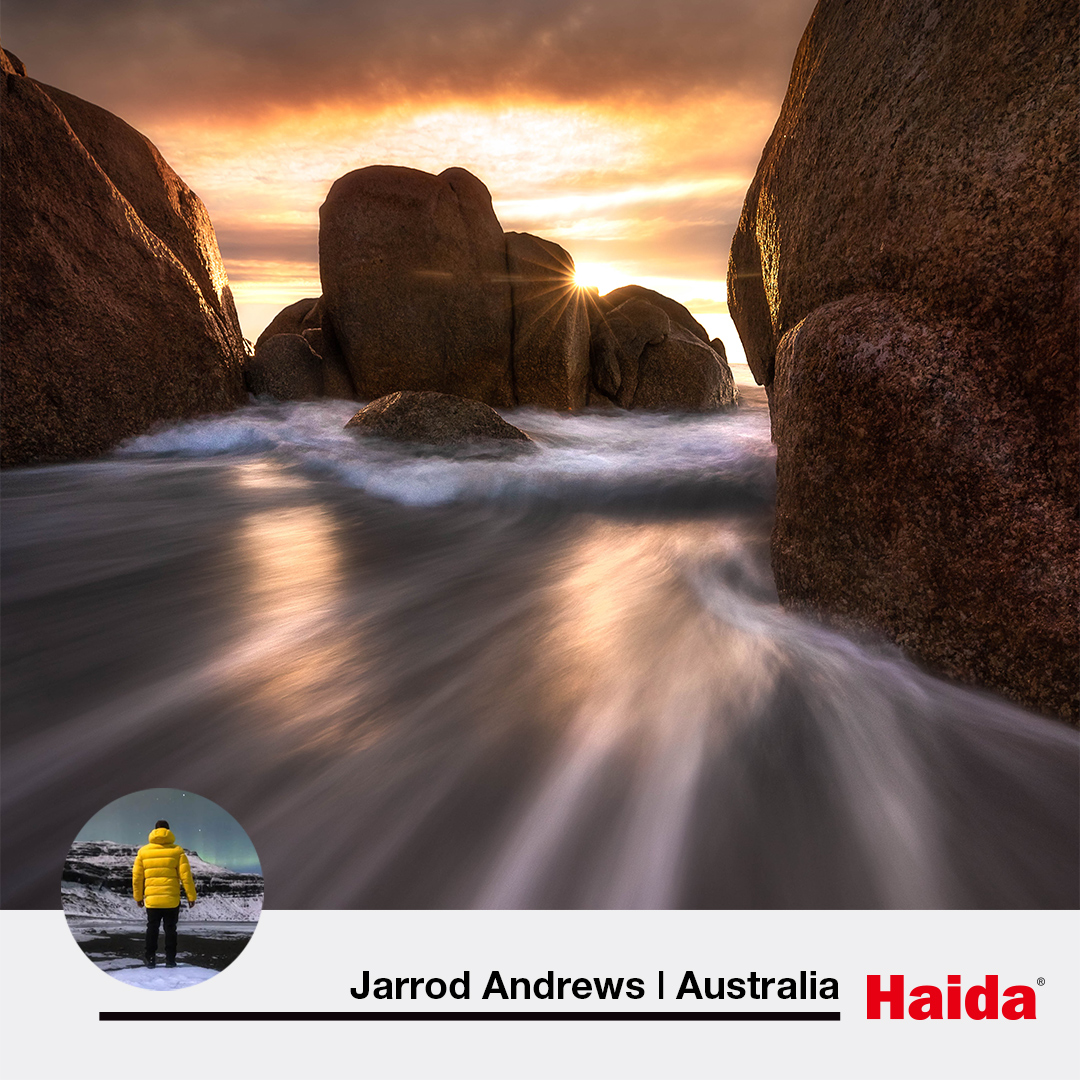 I managed to snag this little ripper on high tide at a sweet little free beach front campsite called Swimcart Beach in the Bay of fires. It was one of only 2 morning the sky decided to give me something to work with and that combined with this little inlet that I'd discovered on a sunset walk the night before gave me an image that I wasn't really chasing but I'm absolutely chuffed with. I had really planed to use the stunning red rocks of this area to create a very Bay of Fires image but the light I was getting matched with the comps weren't working for me so that's when I decided to drop that idea & jump into some flow as this spot instead which was a lot more fun that's for sure. So it was shot at the Bay of Fires but it's not really that iconic bay of fires image I was after but I'm definitely glad I chased this one. What do you think did I make the right call? If you swipe across you will see a top down vid of the inlet i got the shot at right in the bottom right of frame but at low tide so hard to tell & hows the colour palette. The story about this photo Rancabali tea plantation The location is quite good for hunting astronomy, both milky way and star trail. Located in Ciwidey, Bandung, West Java.