The photo was taken recently at Fanad Head peninsula. It is one of the most scenic Irish lighthouses. It is located on the north coast of County Donegal, Ireland.

The Spring sunrise was very beautiful, with warm colors, but at the same time the weather was very windy and the ocean was rough.

The use of 0.8 sec time allowed to capture the dynamics of waves, the structure of clouds, and beautifully illuminated rocks. 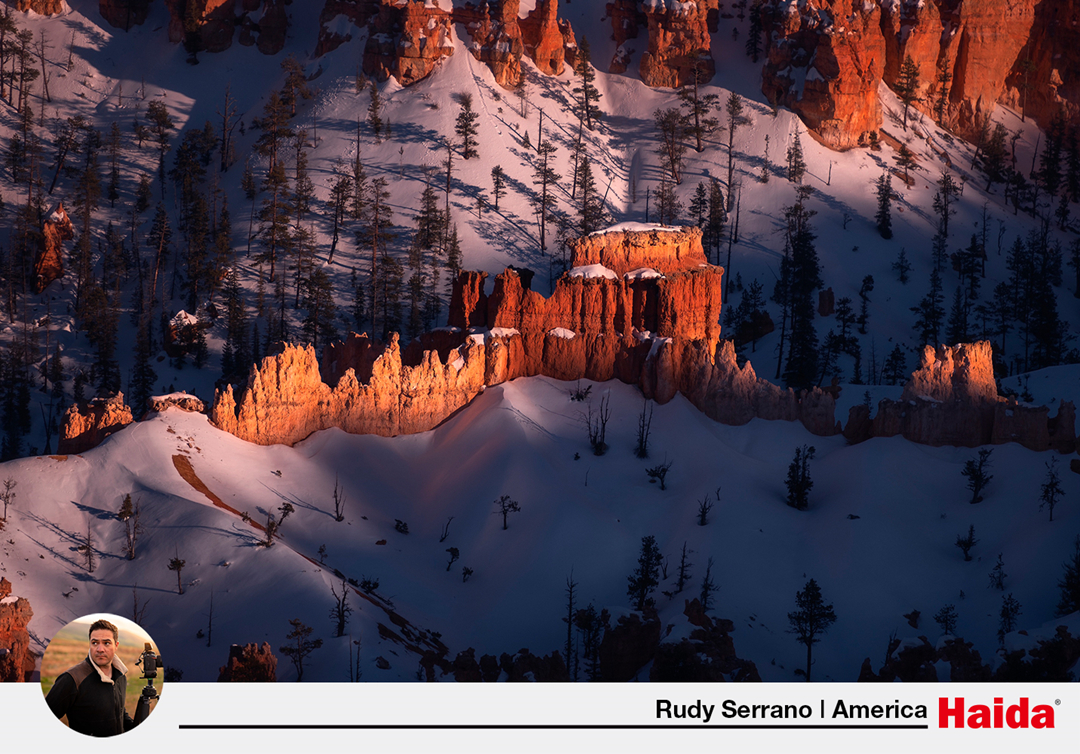 This photograph was taken at Bryce Canyon Utah. I had the opportunity to photograph a beautiful winter sunset here. As the sun sets and sidelights the canyon, the texture and warm colors in the rock come to live. It is definitely a magical place. A must see for landscape photographers. To reduce the glare coming out of the snow and the brighter parts of the rocks, I used the Haida filter Circular Polarizer mounted on my Haida M10 filter system. The Yenefrito finger is an impressive rock formation located in the Tena Valley, Spanish Pyrenees. After a long ascent you can reach this beautiful spot and enjoy sunset. I used a ND Grad to reduce the dynamic range of the sky. Sony A7III and Tamron 17-28mm f2.8. ISO 100, f8, 1/100s. This photo was taken on my trip to Northern Spain. I've been looking for a nice foreground for a long time, but haven't found one for a long time. As the tide continued to recede, I found these snails in the water. So my foreground was perfect. Also the clouds were perfect for this photo and also the sunrise behind the rock. Another sunset in one of the spots I love the most. The Island of Porto Santo is a sea of opportunities for those that love seascape photography as I do. In this visit I tried to take advantage of this beautiful rock formation to lead the viewer to the small islet in the background. 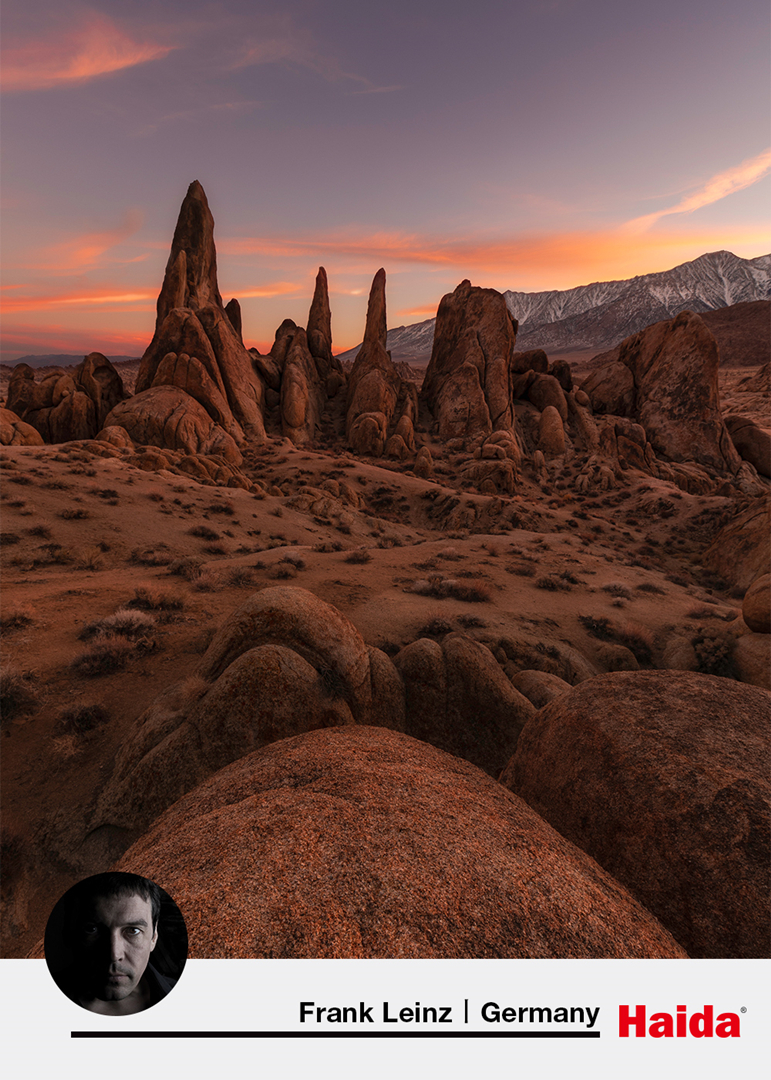 The Alabama Hills are a well-known film location in the USA. Many famous Hollywood films have been filmed here. There's a novel by H.P. Lovecraft called "Mountains of Madness." The whole area reminds me of it a lot. Many of the rock formations look extremely surreal and in the right light the spot is just amazing.