The Haida M10 filter holder is not only suitable for square and rectangle filters. There is a drop-in system that fits a polarization filter and many others as well. I liked the neutral density drop-in filters, and these also came in combination with polarization. The drop-in filters prevented light leakage, a fierce enemy of long-exposure photography.

There were a few minor drawbacks to the first-generation Haida M10 filter holder. If you would use square neutral density filters, the foam ring to prevent light leakage was a bit too thin. The holder could be freely rotated without the possibility of locking it. Although there was no danger for the filter to accidentally come loose, a tightening knob would be great.

These were only minor issues that don’t interfere with successful photographing with the first-generation Haida M10 filter holder and the Red Diamond filters. You can read the review I wrote by following this link. Since that time, Haida has worked on a follow-up of the M10 filter holder, the M10 Generation II. Haida provided me with that new filter holder, and I used it a lot during my recent travel to the Opal Coast in France.

Although at first, the second generation holder looks similar to the original version, there are a lot of differences. Many of those differences are improvements. These become apparent when comparing both filter holders next to each other. The first and second generation Haida M10 filter holder. The one at the top is the M10-II version. Look at the slimmer design and the wider light leak foam ring. The locking mechanism has changed completely, as has the filter slot system. The new M10-II has a lot of improvements over the first generation.

Next, there is a notable locking knob. It allows you to lock the holder at any angle, preventing it from rotating on accident. The design of the slots has changed also. It now has a simple but effective snap locking design that allows you to exchange between two or three slots without the need for a screwdriver. But the slots themselves are also improved, with much better guidance when inserting square and rectangle filters. 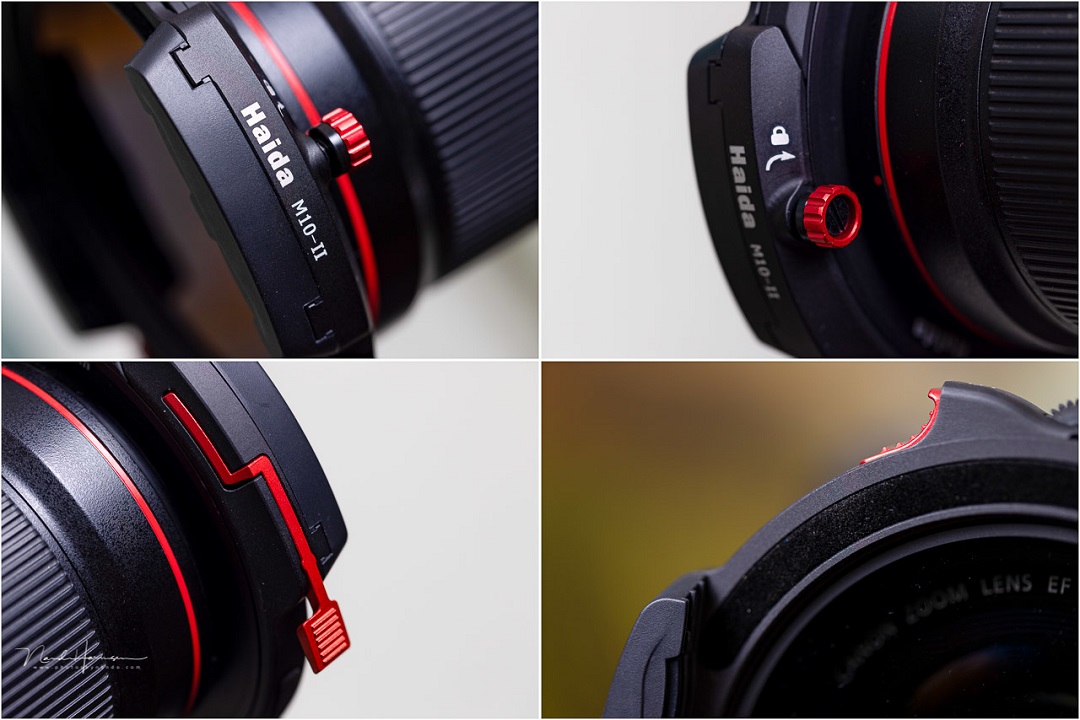 The most important differences of the new M10-II filter holder.

Haida has also changed the polarization filter. The notches that keep the drop-in filter in place are made from metal instead of plastic. The markings on the filter itself are more clear, making it much easier to read and identify. Besides that, the rotation dial on top of the filter has been enlarged. These are perhaps small changes, but it makes working with the filters so much more convenient. The new M10-II polarization drop-in filter has much easier to decipher markings. A simple but great improvement.

You can continue using the adapter rings that fit the original M10 holder. Also, the drop-in filters are the same, making it easier to upgrade the holder itself without the need of buying the lot.

Attaching the Filter (Compared to the Original Version)

One of the biggest changes in the way the M10-II filter holder is attached to the adapter ring. Instead of pulling the lever, you now have to push the lever. I had my doubts about this change because I liked the way I could attach the original M10 onto the adapter ring. Just by holding the lever with my thumb and index finger, I could hook it up and drop it in place. Placing the original M10 filter holder, or removing it was almost in an instant. With the new system, I have to grab the M10-II holder with the lever pushed downward. Now, I have to use all my fingers instead of just two.

The first and second generation Haida M10 filter holders next to each other. The filter slots have a much improved design.

I noticed how the new spring-loaded lever system is more susceptible to unwanted releasing of the M10-II filter holder. The lever can be easier pushed in when carrying the camera with the holder attached, compared with the pulling lever of the original holder. I could carry the camera without the risk of losing it by accident. With a pushing lever, this will happen for sure, which means I have to use the locking knob to secure the holder firmly. Preventing unwanted rotation of the M10-II filter holder with the new locking knob.

I have been using the new Haida M10-II filter holder during my stay at the Opal Coast in France. It fits nicely in my filter pouch, just like the original filter holder did. For me, placing the holder is less easy, but it’s just getting used to. After a few days, it became less and less of an issue. The new Haida M10-II filter holder in use at the French Opal Coast.

The locking knob has no other benefit for me personally, but it does secure the holder from rotating. I found the newly designed filter slots a huge improvement, just like the enlarged foam ring for preventing light leakage. Now it’s easier to place a square neutral density filter without the risk of light leakage. Overall, the Haida M10-II filter holder is a great upgrade from the original holder. If you own the original M10 holder, an upgrade might be worth it if you need the benefits this M10-II holder offers. I think the improved filter slots alone will make it worth it. Placing the filters is much easier. 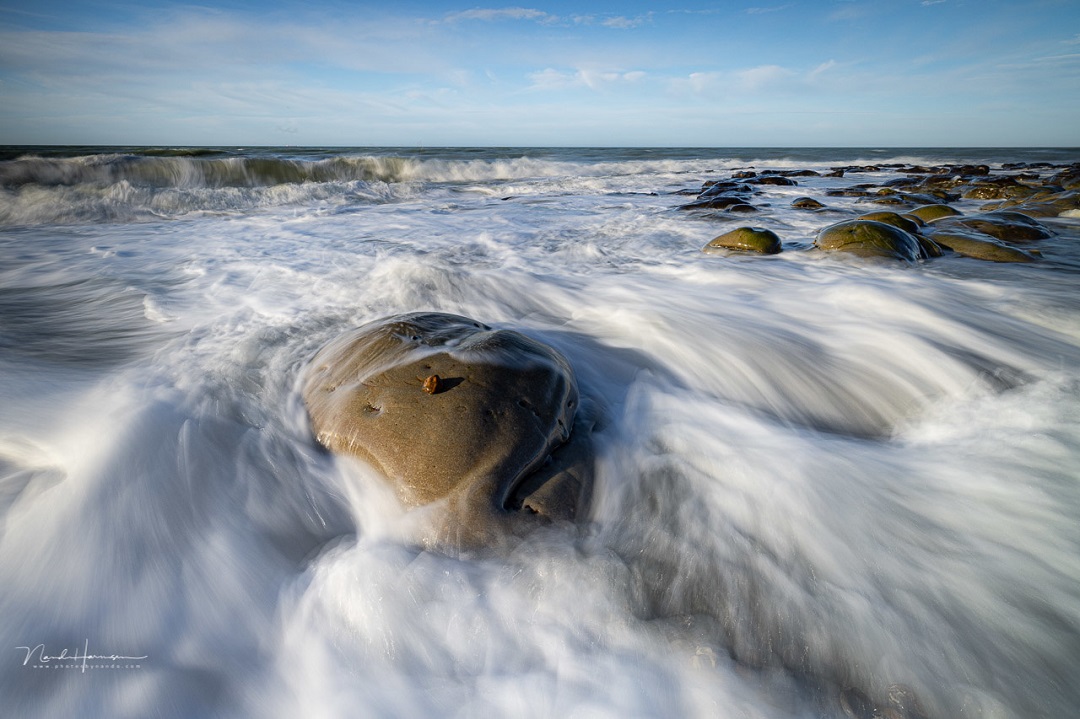 Using a desired shutter speed by choosing the appropriate ND filter together with a hard-edge GND filter. Catching the movement of the waves with a 4-stop ND filter, in combination with a hard-edge GND filter. Using a hard-edge GND filter is the best choice at sea. I darkens the sky to match the luminosity. The locking knob on the Haida M10-II prevents accidental rotation of the filter.

·Filters slots can be exchanged without a screwdriver

·Markings on the polarization filter are more readable

·Locking knob to prevent unwanted rotation of the filter holder

·Fully compatible with the older drop-in filters and adapter rings

·The push spring-loaded lever is prone to accidentally releasing the holder when carrying the camera with the holder attached.

After extensive use, I can say the second generation M10-II filter holder is a great update. I will be happy to use it during future trips.

Thanks to Haida for providing me with the new M10-II filter holder.