Any star can be devoured by human adoration, sparkle by sparkle.
--Shirley Temple 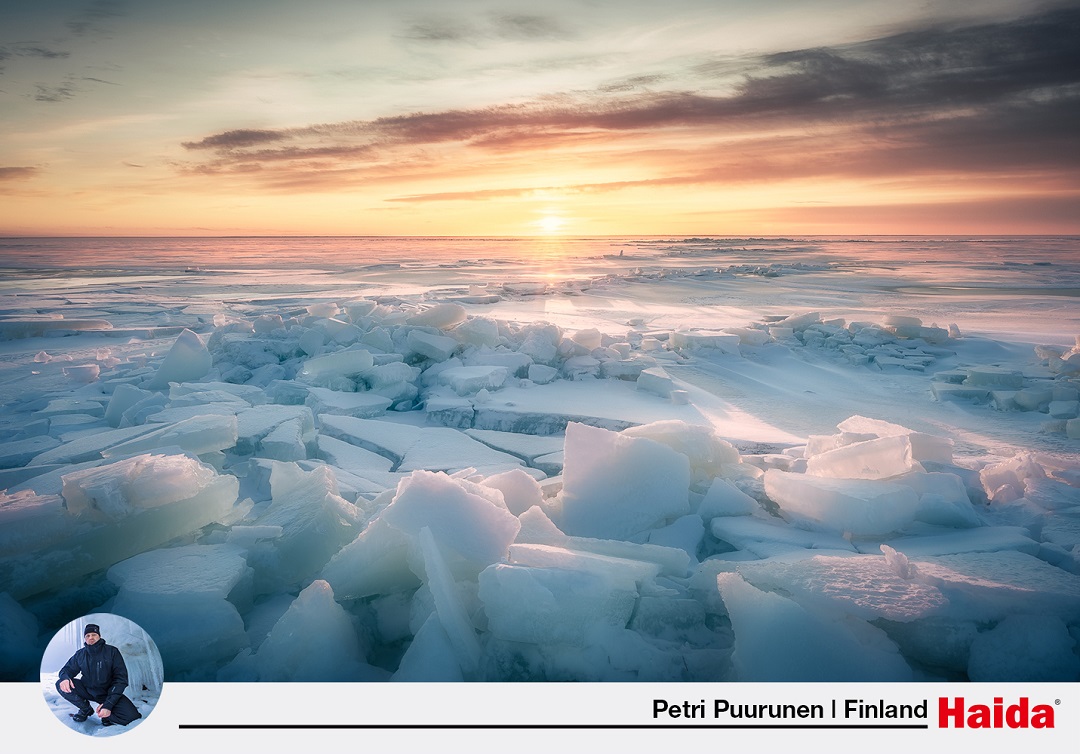 During last decade,the ice cover on Bay of Bothnia has pull back further and further to north due to climate change. Icelayer is thin at the edges and many times during the winter little stronger winds breaks the icy seabed and gathers loose icebclocks to huge piles. It's somewhat dangerous and wreckless to even try to go there. Carefully climbing over the piles and moving deeper into breakice-zone reveals interesting scenery which is truely out of this world. This shot was taken at sunset. last sunrays sweeps low and creates interesting shadows and paints the scenery with soft light. 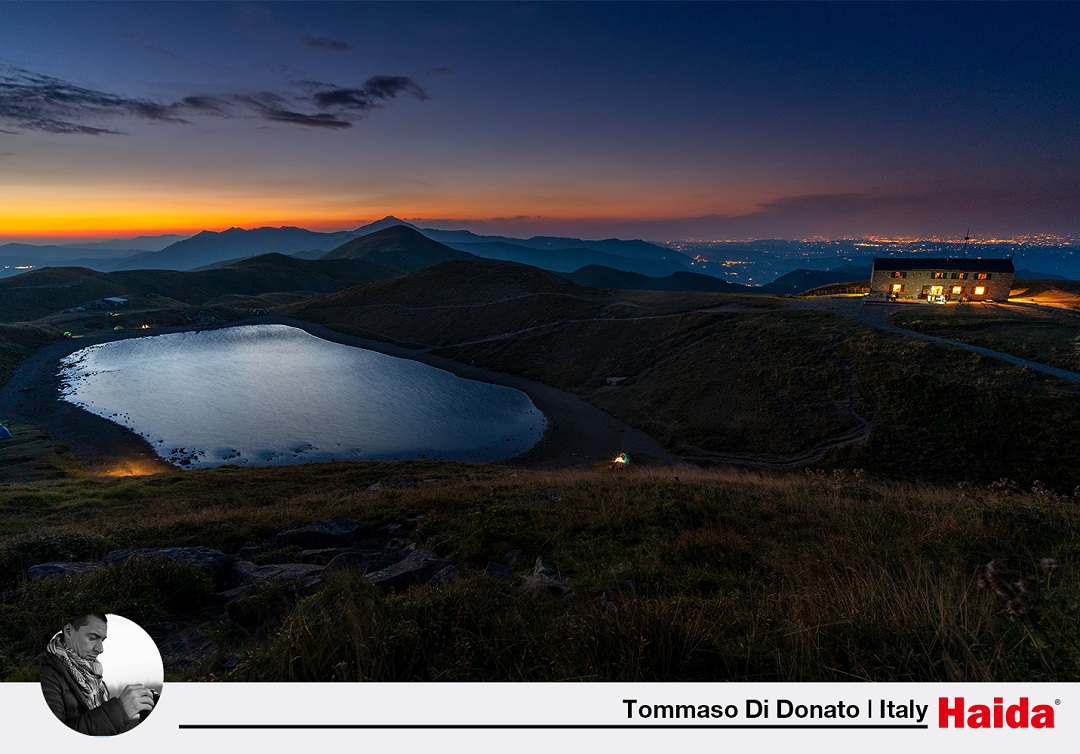 Italian Apennines are a little piece of heaven, far away from the crowded spots made famous by "Insta fanatics". But even in Corno alle Scale National Park, year after year it is more and more difficult to find a moment with few tourists. I decided for a "last minute" night in Corno alle Scale, to catch the last milky way of the season, so I headed up to the old lodge to enjoy a warm soup during the sunset hour..  Well, I missed the soup, but not the sunset!

The final image is a time stack, with a second shot taken half an hour after the first to enhance the lodge lights.

I used Haida Red Diamond GND0.9 hard filter, to equalize the strong luminosity difference between the ground and the sky. 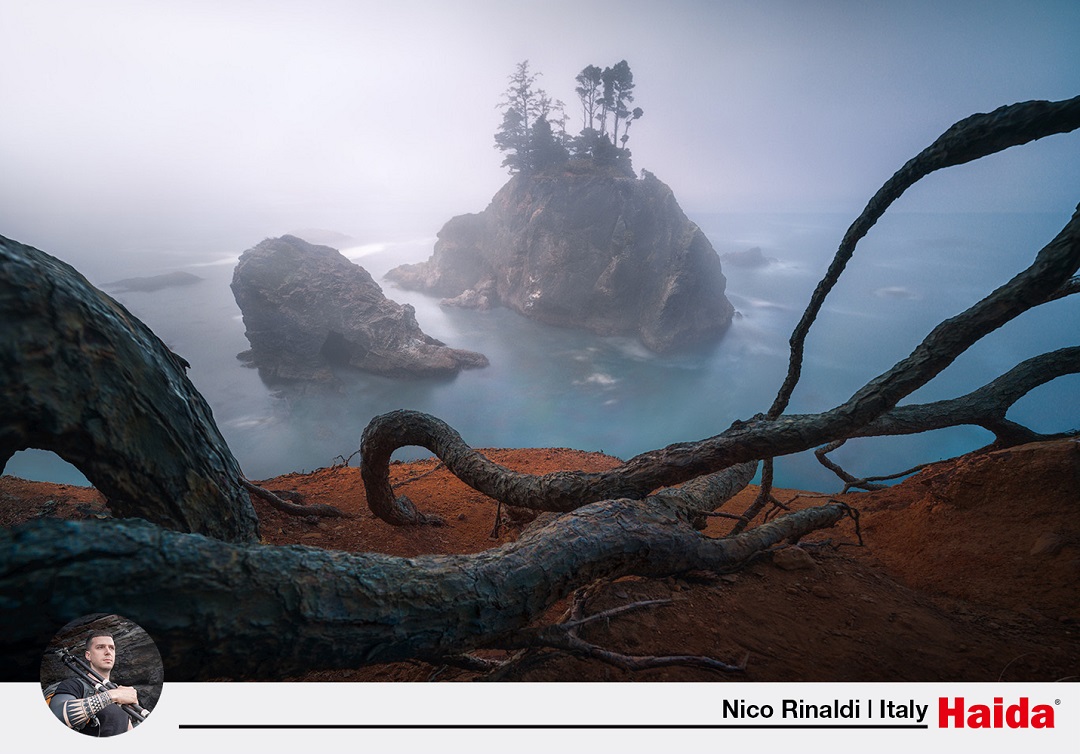 A surreal landscape, made even more surreal by this fog that hides the infinite Pacific Ocean!

My dream was to photograph a beautiful sunrise in this place, but the weather conditions were not as i hoped...

A thick fog had made me lose all hope, but i still managed to find a composition that would enhance this beautiful scene... 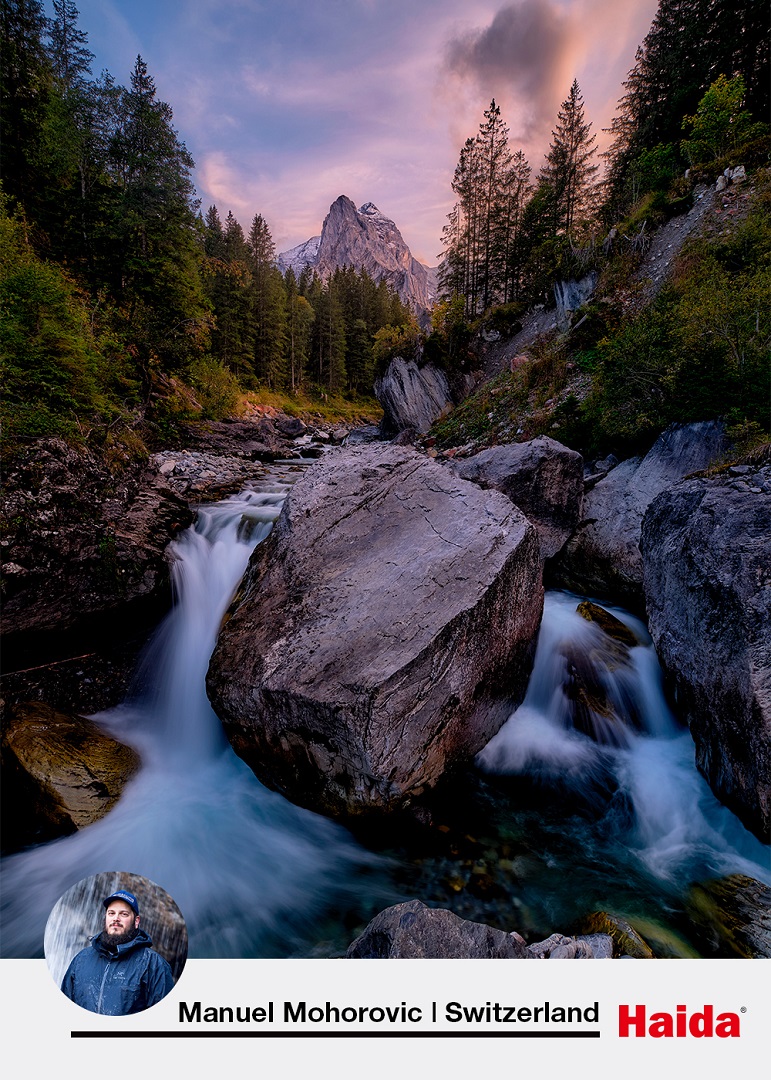 Seeming almost weightless, this large rock hangs in the middle of the rushing glacier river. Framed by the falling water and with the magnificent mountain Wellhorn in the background, this composition creates a harmonious image. The Magnetic CPL was the tool I used to create this image. It allowed me to achieve exactly the result that I imagined photographically in this place. 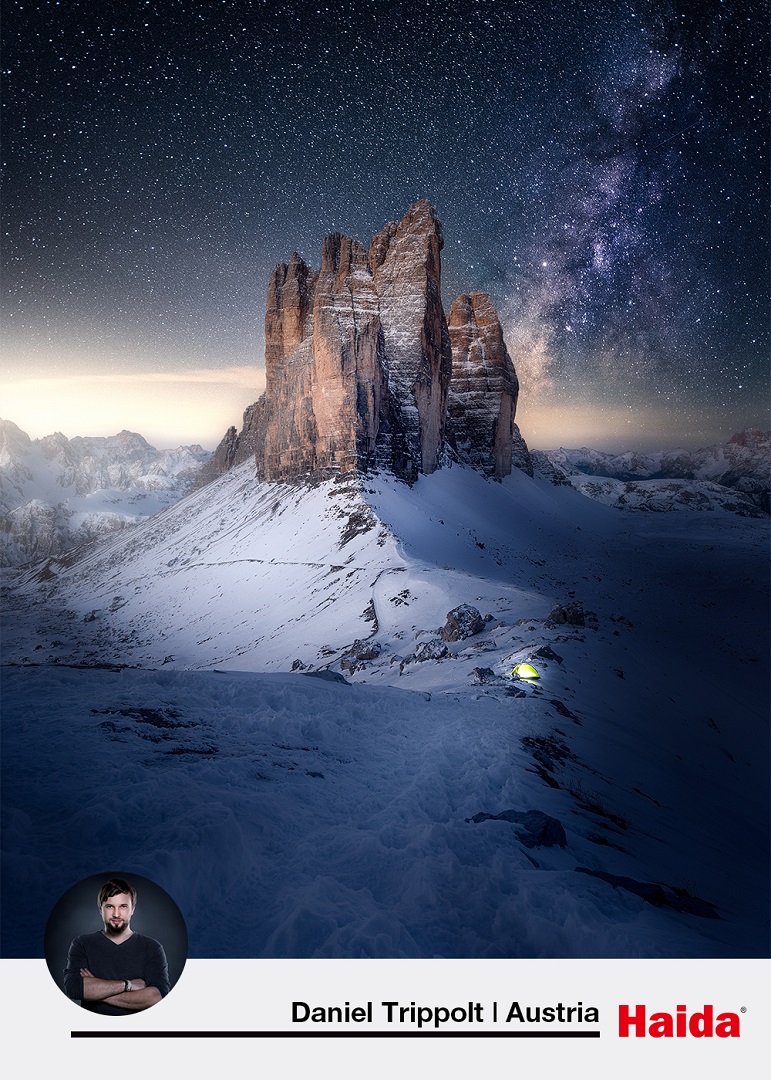 Most landscape photographers are familiar with the legendary three peaks and are aware of the difficult accessibility in winter, as the road leading to the destination is closed in winter. But in my favor, I found out in early autumn that it had already snowed there and the road was still open. So I could reach this place under easier conditions. Nevertheless, the night demanded a lot from me, because it was a cold, clear but star-rich night. The three peaks, the perspective, the winter landscape and the starry night make it a legendary photo.