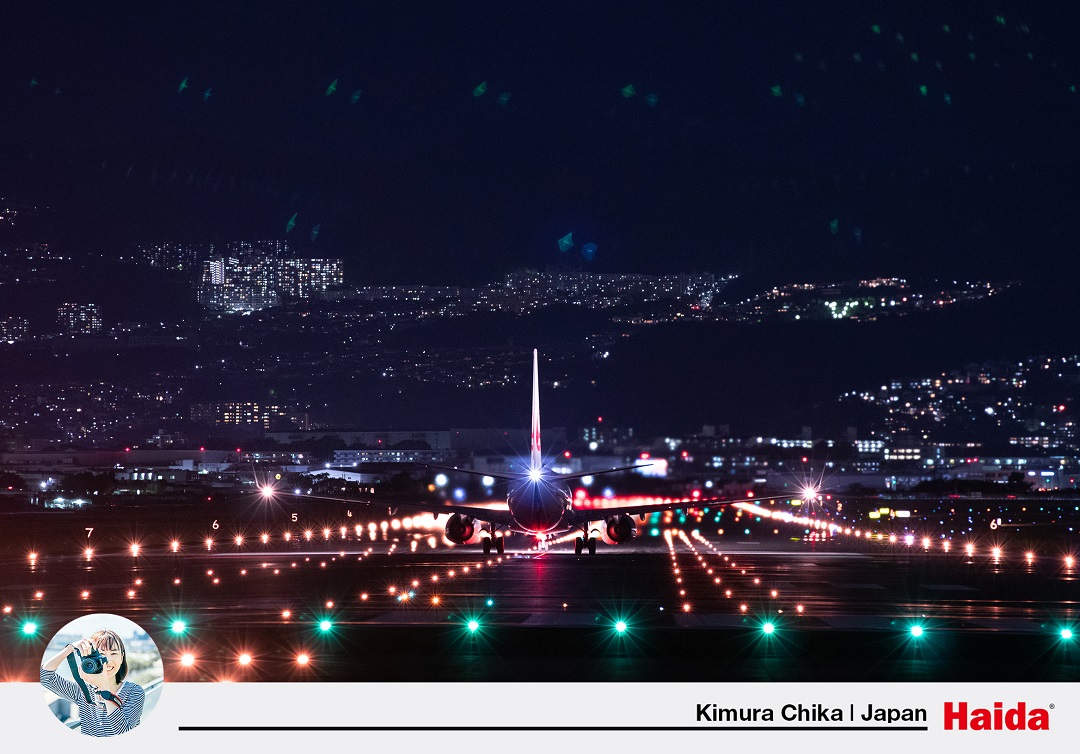 This is my favorite night view spot where glittering runway and the planes. I often take fantastic photos there. This place is called the banks of Senri River where you can see planes taking off and landing at Itami Airport, which is located on the border between Hyogo and Osaka prefectures.
As a place where people can see planes very close, it is popular not only for plane lovers but also for photographers who want to take powerful photos. If you would like to photograph like this photo, please aim just before the plane takes off.
I recommend using a sturdy tripod about 160 cm in height and a telephoto lens with a focal length of about 300 mm because a strong wind blows there. Depending on the day, it's hard to take a fantastic photo because planes take off quickly.
Though it's a little hard to take photos like this, I love to photograph there. You will be absorbed in the challenging thrill of aiming for the moment when the plane takes off. 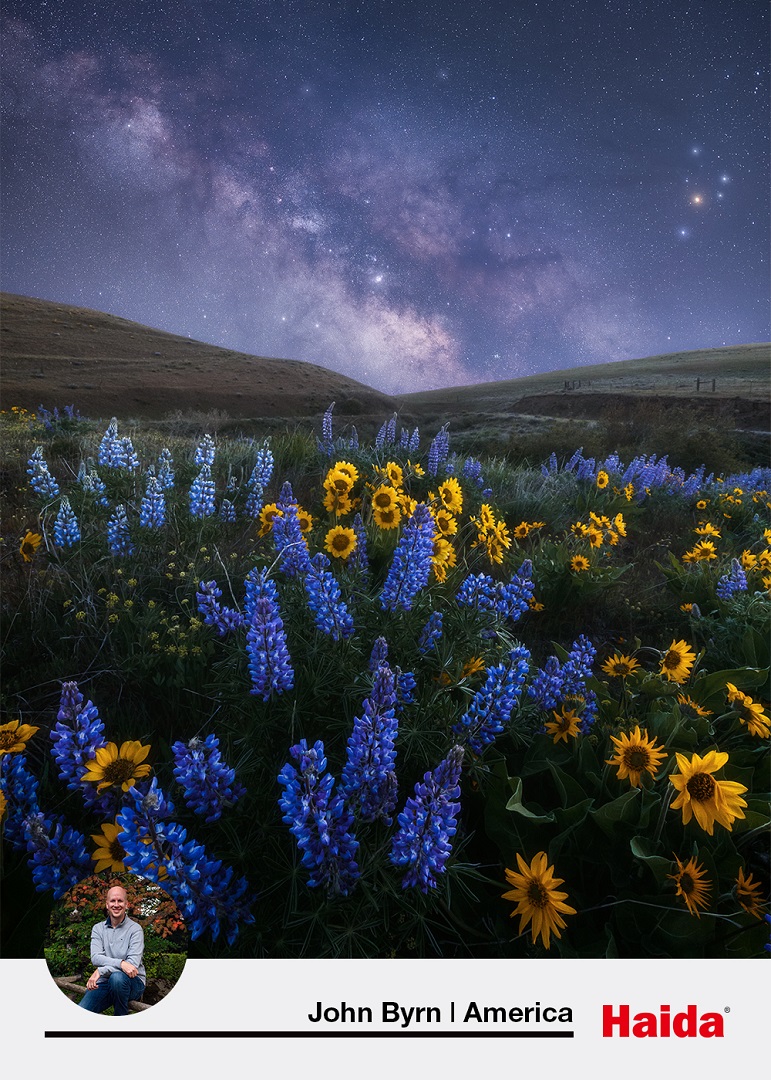 Spring blooms of Broad-leaf Lupine and Arrowleaf Balsamroot under the Milky Way.

Last week I spent a few days out East in the Gorge taking in the beauty of all the flowers and clear dark skies. I also really enjoyed taking the family out to hike in the state parks over the weekend where we took advantage of the awesome weather we have been having!  Enjoy the sunshine. Cha Chaan Teng and Bing Sutt is a fading culinary culture in Hong Kong, this photo I took at Mido Cafe has been around since 1950 and the interior was left untouched. In order to capture the nostalgic vibe corresponding back to the '50s, I used Haida’s Mist Black 1/4 filter to create a warm soft glow around the subject next to some iconic iron-framed windows. Mitarai Valley in Yoshino, Nara Prefecture, Japan.
The single cherry blossom that is entwined with the mountain stream is a superb view. This picture is shot under a lighthouse in Shizuoka Prefecture. Haida Clear-Night Filters helped to reduce the color-cast and the light pollution made by the lighthouses and fishing boats. So I can get a nice picture in natural color.