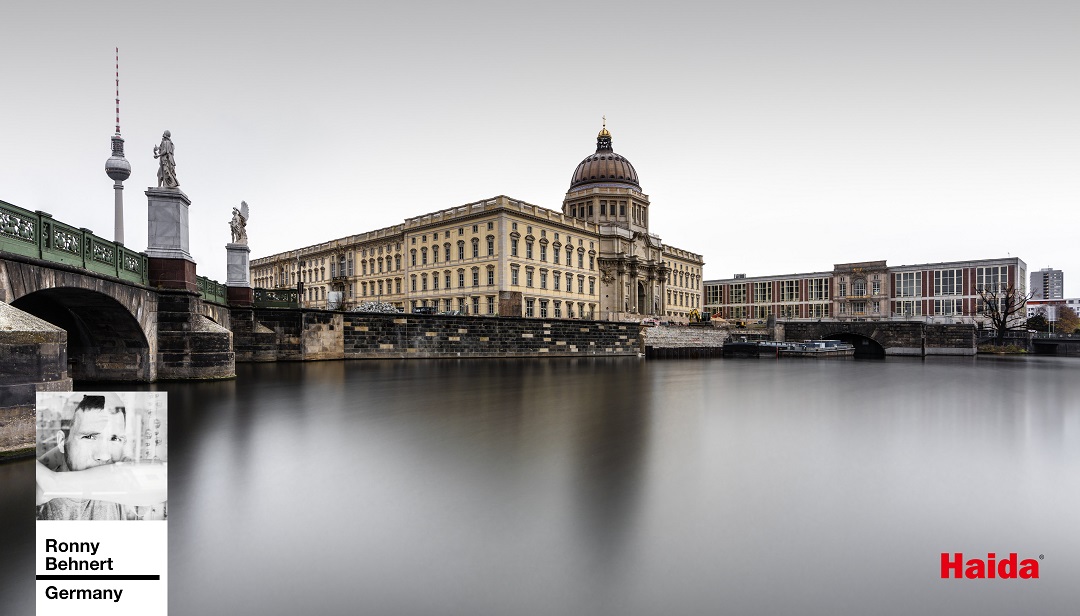 The Berlin Palace, the main residence of the House of Hohenzollern from 1443 to 1918 in Berlin. Extended by order of the later King Frederick I of Prussia according to plans by Andreas Schlüter from 1689 to 1713, it was considered as a major work of Prussian Baroque architecture. The former royal palace was one of Berlin’s largest buildings and shaped the cityscape with its 60-meter (200 ft)-high dome. Damaged during the Allied bombing in World War II, it was demolished by the East German authorities in 1950. After German reunification and several decades of discussion, the Berlin Palace is being partially reconstructed to house the Humboldt Forum museum.

I was shooting this photo during the "golden hour" in the morning with an ultra-wide-angle lens, the Samyang 14 mm/2.8 and using the GND 0,9 soft to darken the sky because I wanted to reach a minimum exposure time of 45,0 seconds for a smooth effect in the water and a clearer reflection of the buildings. 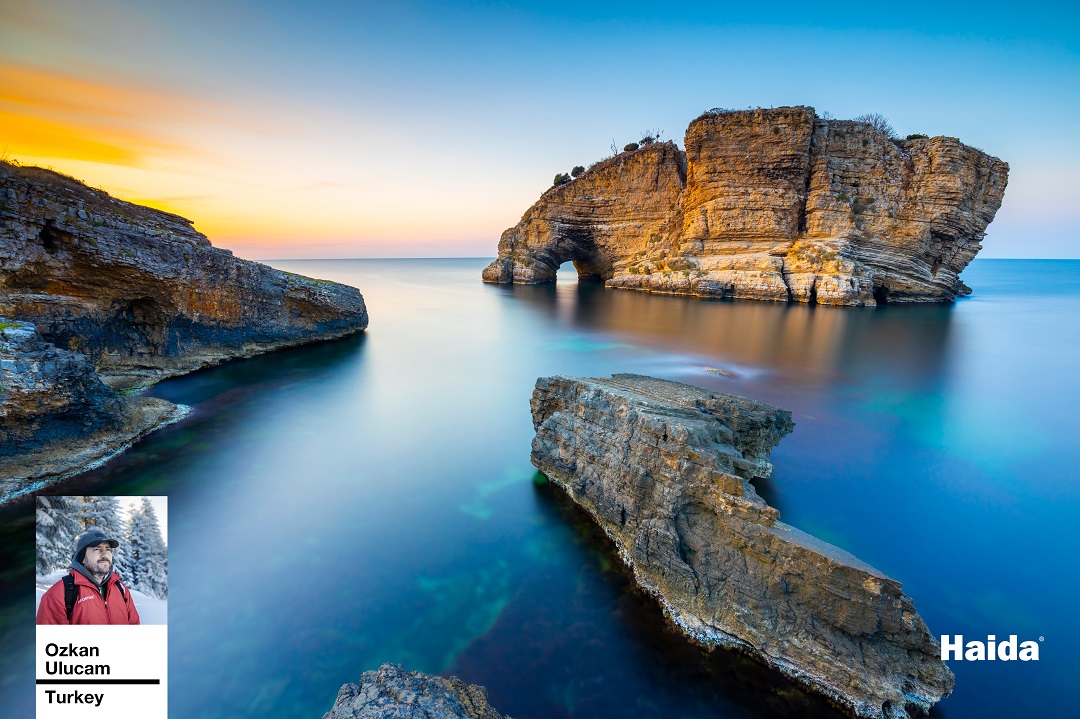 The Sardala Beach in the Black Sea region of Turkey was able to really fascinate me. I wanted to stay there for a very long time, but I didn't have much time for that. I said goodbye to this area after taking some photos, but I'll be visiting again soon. 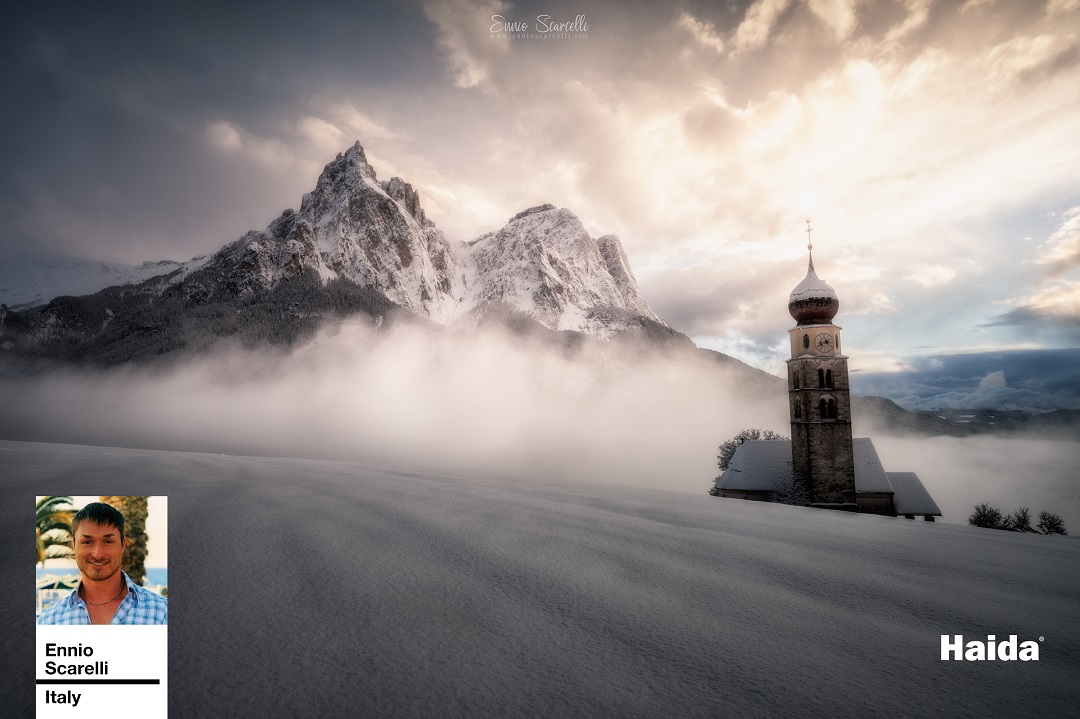 The quiet after the storm...
This photo was taken in the Dolomites.
It is a small church located at the foot of the Massif of the Sciliar.
What an extraordinary scene when I see it! The illusion of such an image had long been present in my mind. However, this type of image requires extensive research and good planning, as factors such as foreground (road), mountain and Milky Way must harmonize with each other in order for such a photo to be created.

The necessary factors (foreground, mountain and Milky Way) for a harmonious picture were perfect to my astonishment, so that only traces of light were missing to complete the picture of my illusion. My father acted accordingly and drove along the Grossglockner High Alpine Road for the light trails. Contrary to my expectations, one of my most successful pictures was taken that evening. 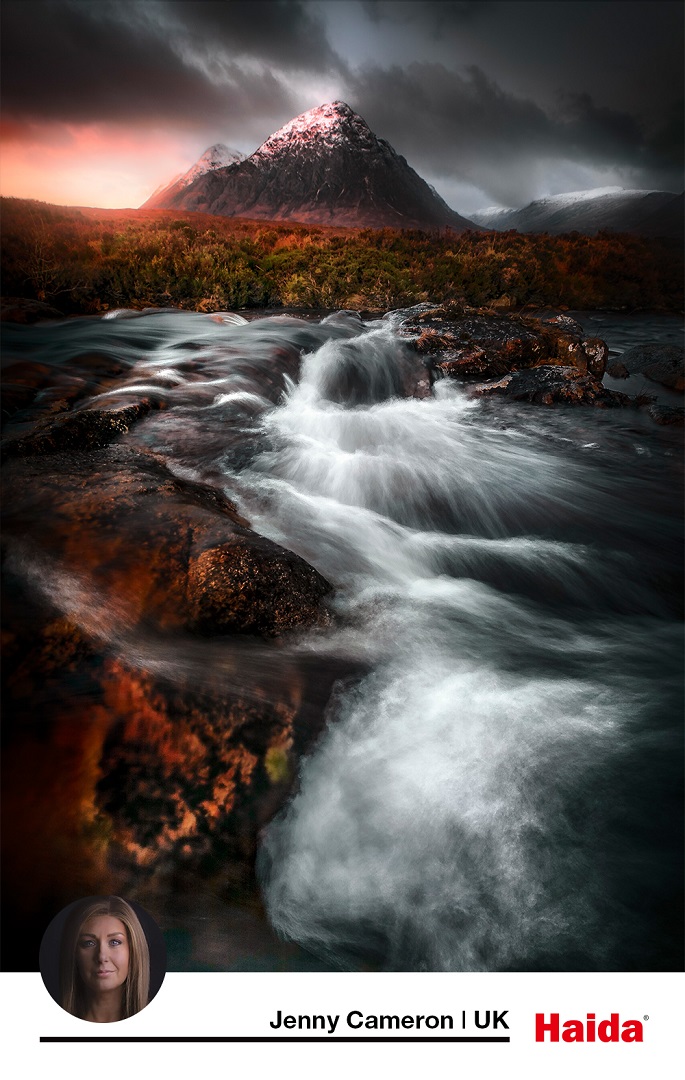 Winter sunrises are some of the most impressive in my favorite Scottish mountain range right in the heart of the British outdoor capital called Glencoe~ Known for its history, haunting mood & unpredictable weather. This particular area of the river is locally called the Cauldron as it swirls around in many directions.

On arrival, it was still relatively dark but from experience, I knew the sun hits the side of the mountain & often the rewards are fruitful with a lovely alpenglow, this morning did not disappoint. As the light came up I instantly knew it was something special & an unforgettable moment captured in time. It only lasted about five minutes & thankfully I was prepared. The motto of this story is knowing your location, planning the composition & patience.

For this image, I used Haida M10 filter holder with M10 CPL for the water and Red-diamond soft GND 1.2 (4 stop) to darken the sky slightly & increase the saturation of the sunrise. Location: Nagano, Japan
It was shot in Kamikochi, Nagano Prefecture. I visited the Hotaka mountain on the day of the first snow this year and photographed with the red leaves and Azusa Gawa river. Using Haida M10 CPL Filter, it was possible to brighten the color of the sky and to express the transparency of water by suppressing the reflection of sunlight on the surface of the river.

Good news that @haidafilter,
Haida Official Photographer @mauricionarea
and Haida Chile distributor @andesphoto
are going to launch a giveaway in Chile to you guys.

Click the pictures below to join in the Giveaway directly~ 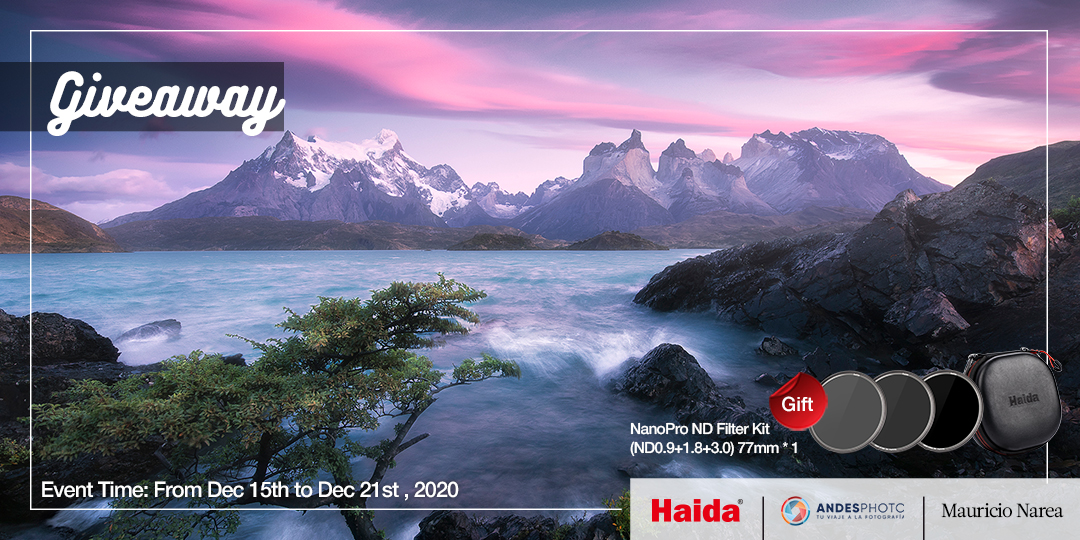