This image I shot last year during my Meghalaya expedition. Meghalaya is a small state of northeast India which also called the Abode of cloud.
The sky is not very dramatic that day so I use the foreground as much as possible to avoid the sky.
This year I am early trying to shoot this place with the new sony 12-24 GM along with newly introduced rear filters for this series.
I choose soft GND to differentiate the sky from backgrounds and I wanted to balance the background and foreground soft GND 0.9 rescue me to save my time in post-processing and few stops of bkt.
I don't want water silky smooth or foggy so instead of 10 stops ND, I choose 6 stop only and it is my opening always try to experiment with filters but personally I like 10 stops during the seascape shoots mostly. Corsica is a magical island!
It's possible to hike in the mountains and enjoy the beautiful sea during the same. After a day I the mountains I went to that beach to enjoy a beautiful sunset. There was no clouds so I decided to play with the time exposure to create a magical atmosphere with the rocks and water!
It was a beautiful moment and my Haida filters were definitely so helpful! Lake IJssel is the biggest lake in the Netherlands. A place I often visit for my photography sessions.
I wanted to shoot a picture with the fishing nets in the front of the picture at sunset. The circumstances were very windy today and the water was splashing over the basalt rocks so I had to be careful.
I took some pictures with only a 3 stops GND filter, but the waves were very visible and distracting the image because of my quick shutter speed. I added a 6 stop Red Diamond ND filter to my M10 filter holder to get a longer shutter speed.

Adding the 6 stops Neutral Density filter changed the shutter speed to 365 seconds which resulted in the atmosphere I wanted for this picture; lovely colors and lovely light over the nice and flat "milky" water of the lake. 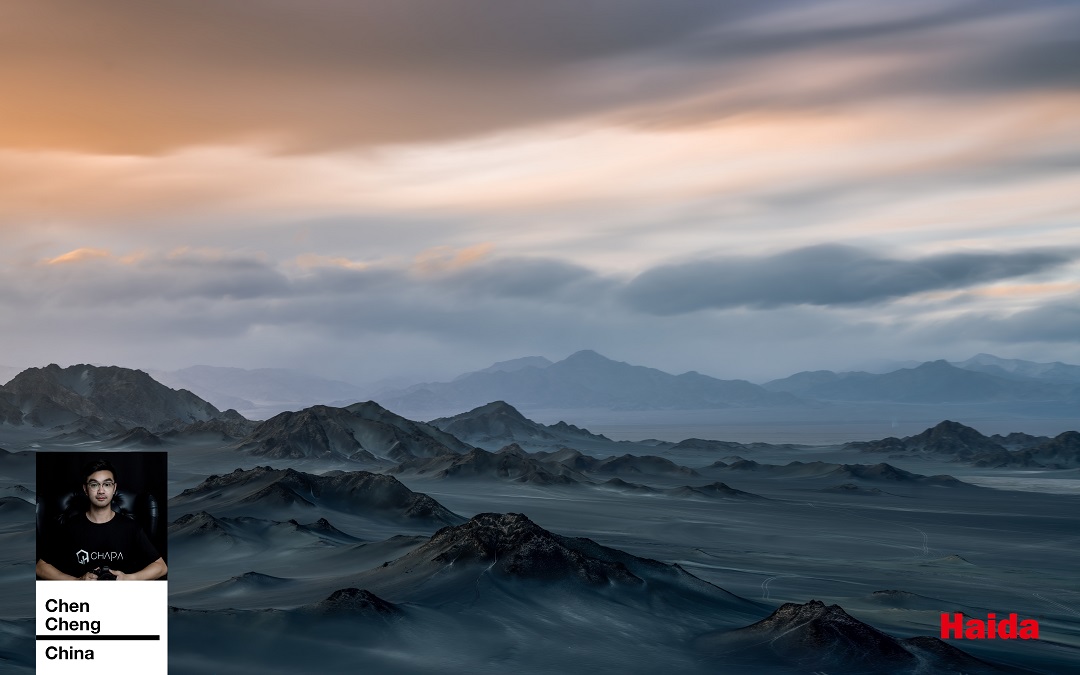 This is the wilds which located in Lenghu Town of Mangya City in Qinghai Province, northwest of China. The sand dunes are covered by black stones, seem like shadows on the sand dunes. The clouds move very quickly and the color changes variously because of frequent winds here. So I use the Haida M10 Filter Holder System with ND 3.0 filter to record the move rails of the clouds perfectly, creating a magic picture of the sky. 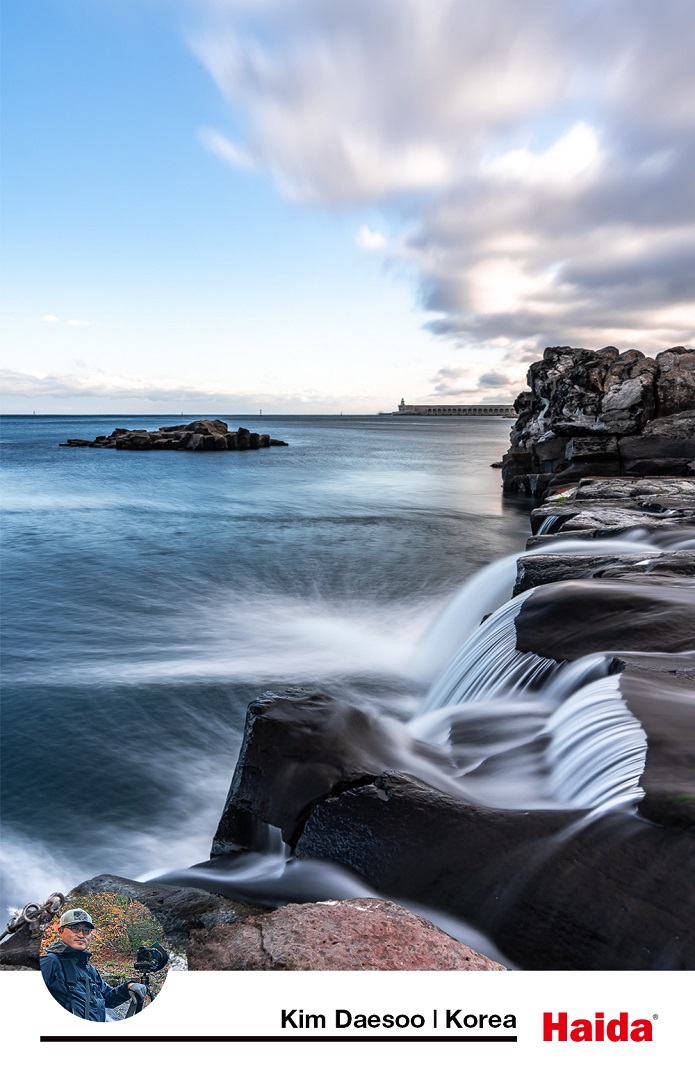 Jeju Island, Korea
Jeju Island is an island made by volcanic activity.
Gangjeongcheon started at Mt. Halla and continued to the sea.
When you come to the ebb tide where the sea is drained by the river that you
You can see the scenery like a small waterfall.

Clear waters coming down from Mt. Halla
The scenery meets the clear seawater of Jeju Island.
Many people enjoy filming.

Jeju Island is a place with many changes in the weather.
The way clouds flow through the light of winter afternoon.
It's nice to see, so the flow of clouds and water through the exposure path.
We organized it together. 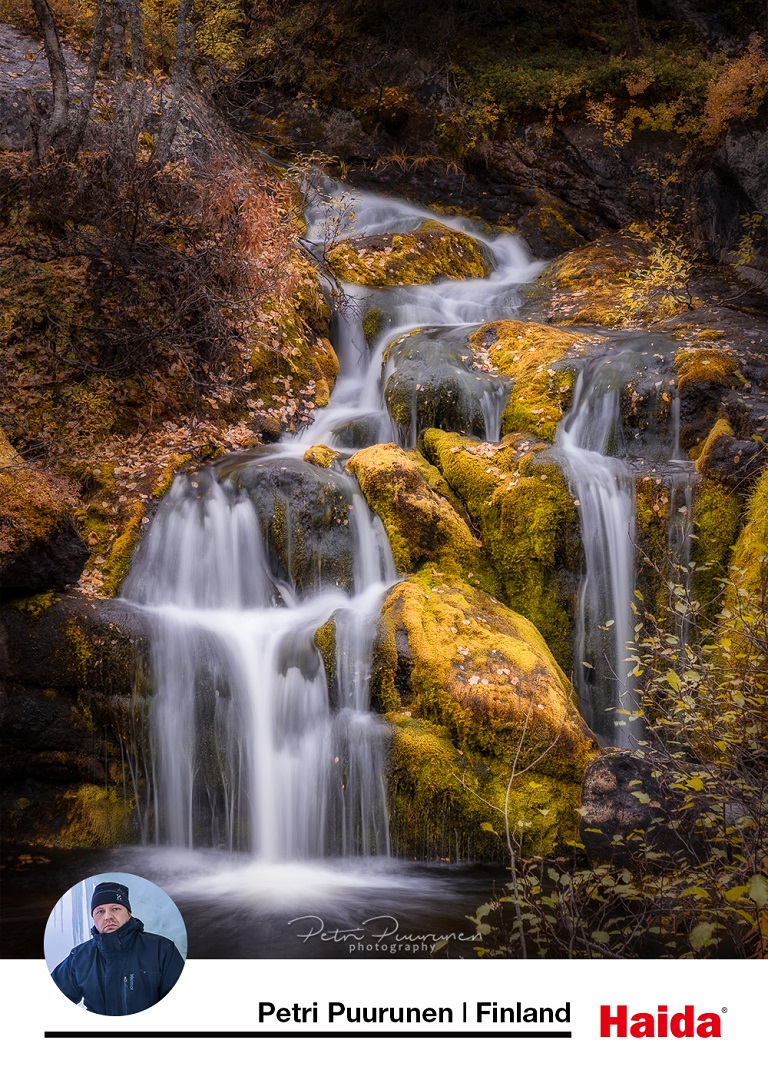 The year 2020 has provided a lot of changes in the world but something stays unchanged, for decades or even hundreds of years - for example, this spot. Finnish Lapland is well-known for its winter landscapes but there is a lot more to discover. You might still find those old forests, mostly above the polar circle; in a natural state without signs of human.
This autumn has been the most color-rich that I can remember in the last ten years. With that in mind, I was scouting some photo locations in Lapland. This small brook by the fell-side; literally in the middle of nowhere; was one of my targets. Water is crystal clear and running over the steep cliffside it forms a beautiful cascading waterfall. Surroundings are colored with vibrant autumn tones. Peaceful, dreamlike scenery. What could be a better way to relax?

We'll DM you via email in 5 working days then we'll send the Gift Cards to you~
Follow us and maybe the next winner is you! 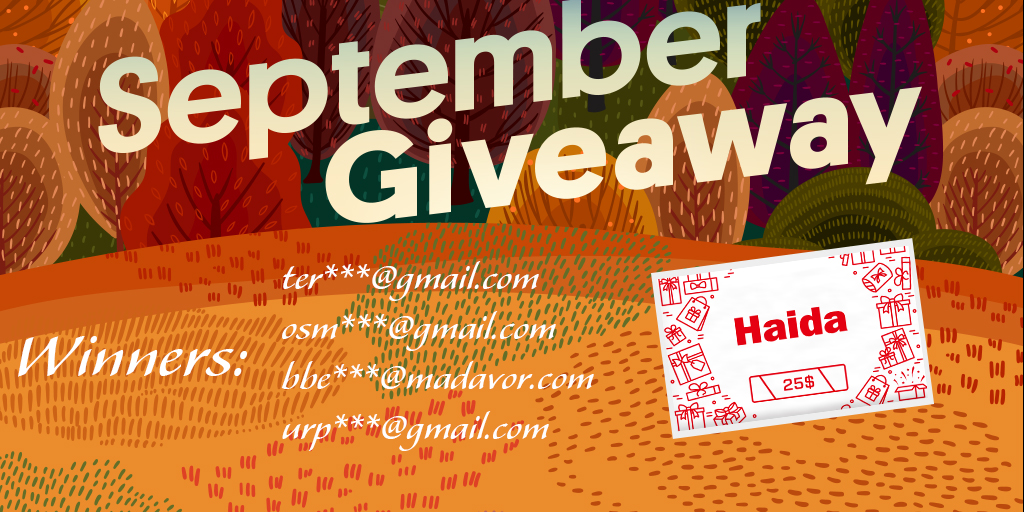