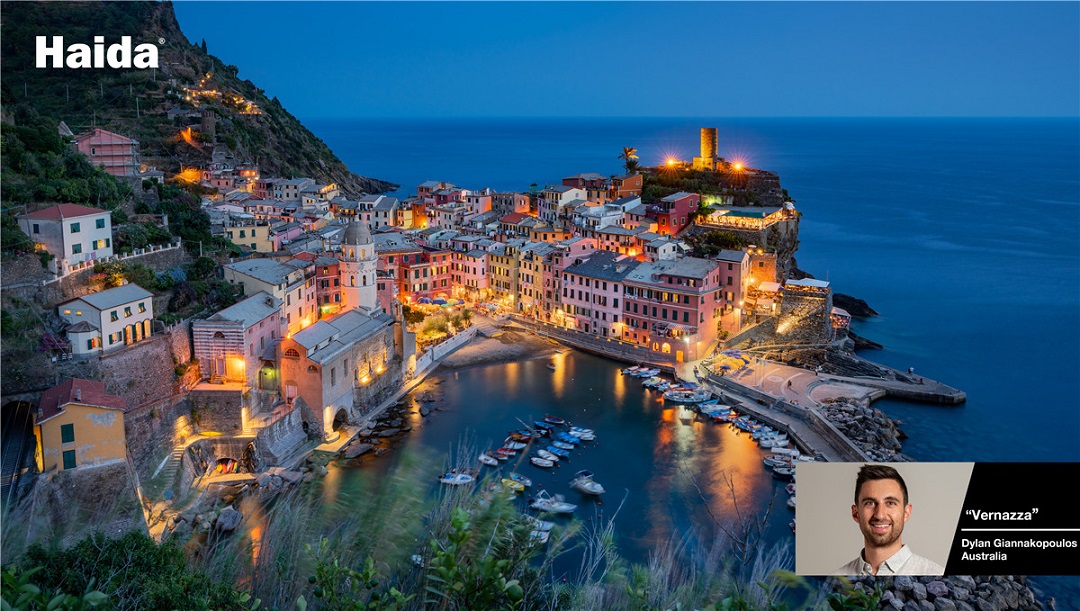 As I photographed this beautiful seaside town from above with my family by my side, two local singers began performing Ave Maria from the docks below. The voices of the duet echoed through the town and well into hills, making for the perfect ending to my time in Cinque Terre.

Using the Haida M10 filter holder with a drop-in M10 CPL filter I was able to boost the vibrancy of the blue tones whilst reducing glare. I also used my Red Diamond 6-Stop ND filter to slow my shutter speed and to smooth the water. 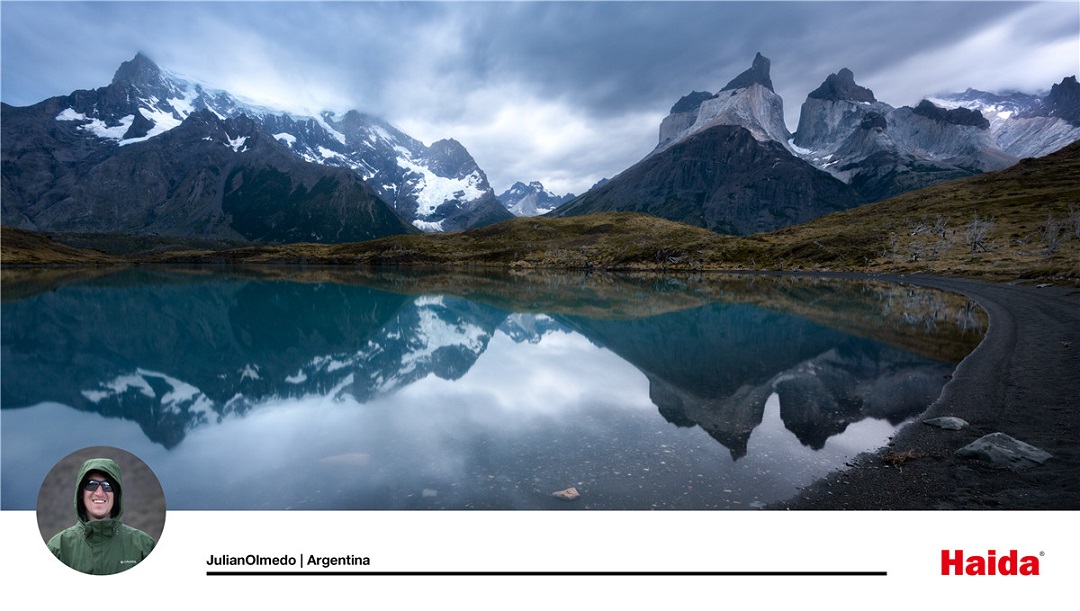 After an emotional sunset, I returned to the van to prepare dinner. The conditions were very strange for Patagonia, it is never quiet and calm as it was that day. The blue hour was leaving, the reflections of the Paine Grande and Cuernos mountains on Lake Nordenskjöld were shocking, I couldn't pass up the opportunity.

With a Haida ND64 NanoPro filter, I was able to capture the reflections better, exposing more time to enhance the mirror effect of the two beasts. 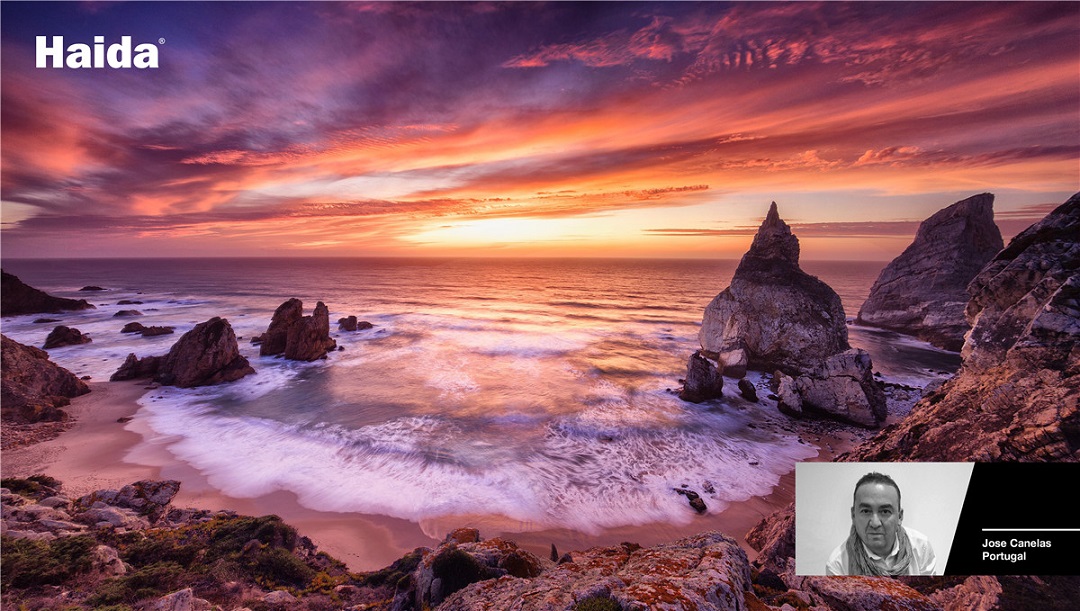 Praia da Ursa, near Cabo da Roca, in the municipality of Sintra.

One of the most beautiful beaches in my country - Portugal, access is very difficult and dangerous, very inclined dirt paths, "unsupervised beach". Advisable to go always accompanied.

Once on the beach, the view is astonishing, with the colossal Ursa and Gigante rocks marking the shoreline.

Its name is due to the stone shaped bear

Legend of Ursa Beach. Legend has it that in the Ice Age there lived a bear with their children, and when the thaw began, the Gods told all the animals to flee the coastal areas. But the bear did not want to obey the orders of the Gods and there she wanted to stay with her children because she was born there and wanted to stay there. The enraged Gods turned the bear into a huge rock and their children into small scattered rocks around them, forever and ever. 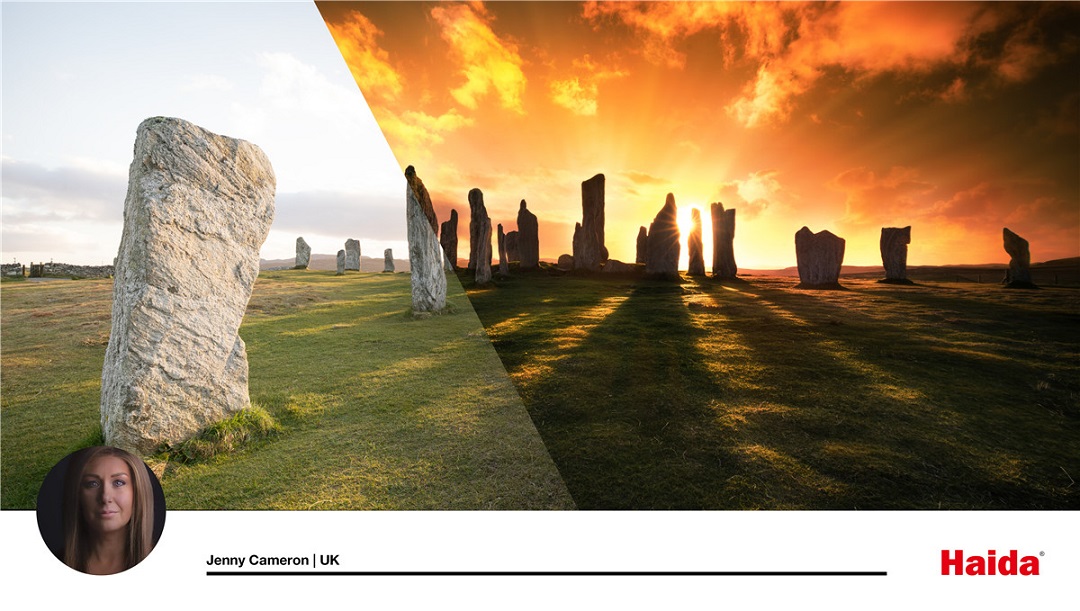 On arrival the light was bouncing all over the place, it had been one of those typical Scottish days where you get all four seasons in one day, this can prove to be very successful for landscape photography as it seems to bring the purest of light, what I call "sparkling- light".

However, this can bring difficulties with light management - You need to be in control of the light, not the light controlling the image. To do this I used a Haida M10 CPL which is my go-to filter to control highlights and Haida Red-Diamond Medium 0.9 (3stops) which produced some real magic.

The Callanish stones no matter how many times I visit never fail to make the hairs on the back of my neck stand up, there's something very spooky but quietly spiritual about it, makes you think about the history which dates back to the stone age over 5000 years ago.

The sky didn't pop as much as I hoped due to the time of year and day time temperatures. I stayed till dusk watching the sun dip below the horizon, all very peaceful at such an iconic location. 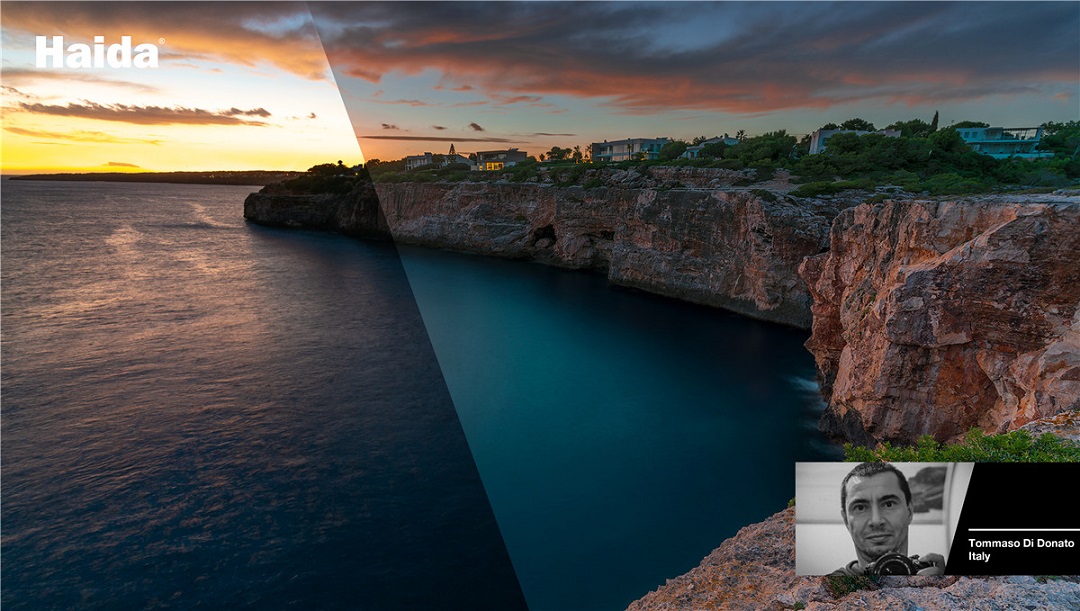 Here there is a shot taken in Mallorca during my personal photo tour held in October 2019. Mallorca is a big island in the Mediterranean sea, full of inspirational spots. Sandy beaches go along with rocky coast, my preferred subjects for the type of photography that I love: seascapes.

I was looking for a dramatic place, with the correct lighting at sunset. Finally, a local guy told me that there is a sort of "fiord", perfectly exposed to the marvelous light of the setting sun.

I drove 2 hours to get there in time, and to find where to put my tripod. In the end, the outstanding light rewarded me for all my troubles. 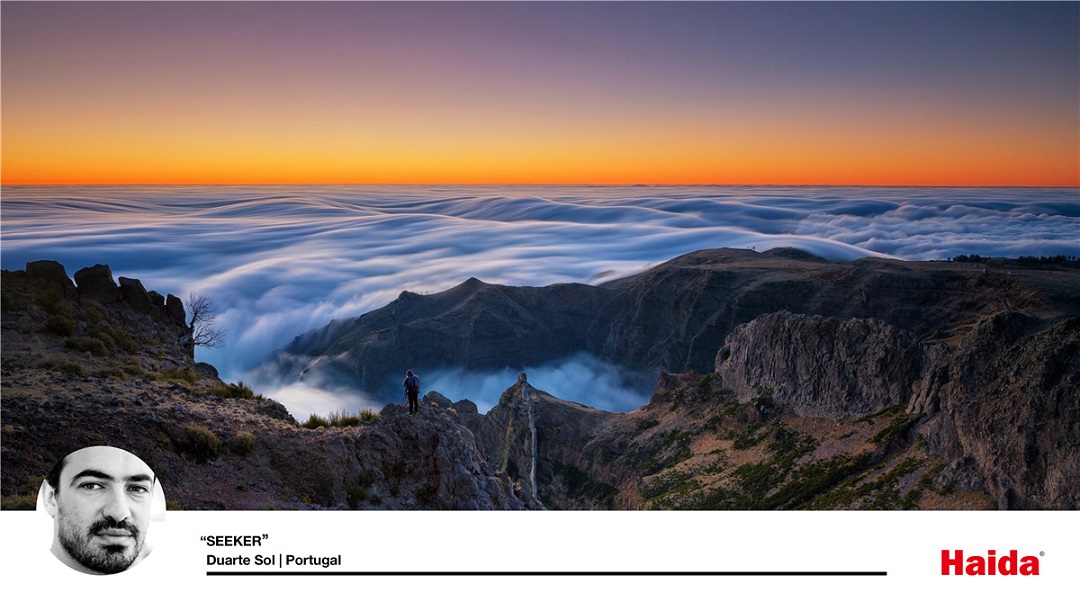 What makes an amateur photographer leave the comfort of his home day after day in search of the perfect sunrise, if not pure love, pure passion?

After a frustrating outcome the day before, which involved jumping out of bed at 5:00 on a windy and very cold morning, we tried our luck again almost on the same location we had chosen the day before.

After piercing through the darkness of the night, turn after turn, we reached our destination, we found a spot high above the clouds and with the sun still a good 30 minutes away from turning up on the horizon. Over 1800 meters high at Pico do Arieiro, accompanied by a cold cutting and dare punishing wind, we found ourselves facing a blanket of clouds worthy of any film produced in the American Mecca of cinema… the conditions, though harsh, were looking good. Left to see if we would be able to take advantage of them.

At that moment I thought, even if I didn't take any picture it would have been worth just for the show that was revealed before our eyes. As the sunlight illuminated the valley before us, it was increasingly obvious that we had chosen well...The show, which is renewed every day, but every time surprisingly different, that day had booked for us a dance of clouds roaming through the mountain peaks, without rules or standards set and that in our eyes looked like one symphony of the senses with color, wind, cold... in tune with something greater than us all.

After the first shots, I saw this opportunity. The composition, already magnificent, gained a scale with the introduction of the human element that contemplates and records the moment for eternity. One of my companions of numerous outputs added as he headed there "I go there so you can make the photo of the day!” And it turned out he was right!

With a very little productive result the day before, it would have been much easier to stay in the comfort of a warm bed instead of going out in the wind and the cold that kept us company that morning... but, at the end of the day, it all paid off and I was able to make one of my favorite shots of all times!